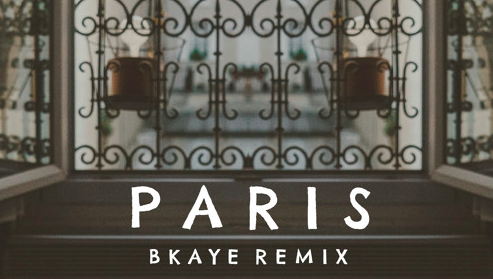 It’s no secret The Chainsmokers are on top of the world right now. Between their continuous stream of hit songs, sold out shows and award wins, they’ve become one of the biggest names in music and with this success, comes remixes. While many artists have taken stabs at remixing songs by The Chainsmokers, BKAYE‘s new remix of their massive hit, “Paris” sticks out among the rest.

BKAYE gives the fans what they want, ensuring he doesn’t stray too far from the original, but instead adding his own flair to it, in the way of a funky, new beat. This epic remix is bound to be as successful as the original and we’re pumped to hear what song BKAYE remixes next.

“This song is really special to me because I lived in Paris last year for 5 months so when I first heard the original it brought back a lot of memories. I worked really hard on this one and I’m super proud of the finished product.” – BKAYE