You likely remember having lots of FOMO seeing Skrillex and top members of his OWSLA gang partying in Fiji for a few days in December. Well all that fun set in a perfect paradise location was actually Fiji’s premier dance music destination festival “Your Paradise,” which caps its attendees at about 600 people. Thankfully for all of those who missed it, they just announced the 2017 dates for December 6-13. 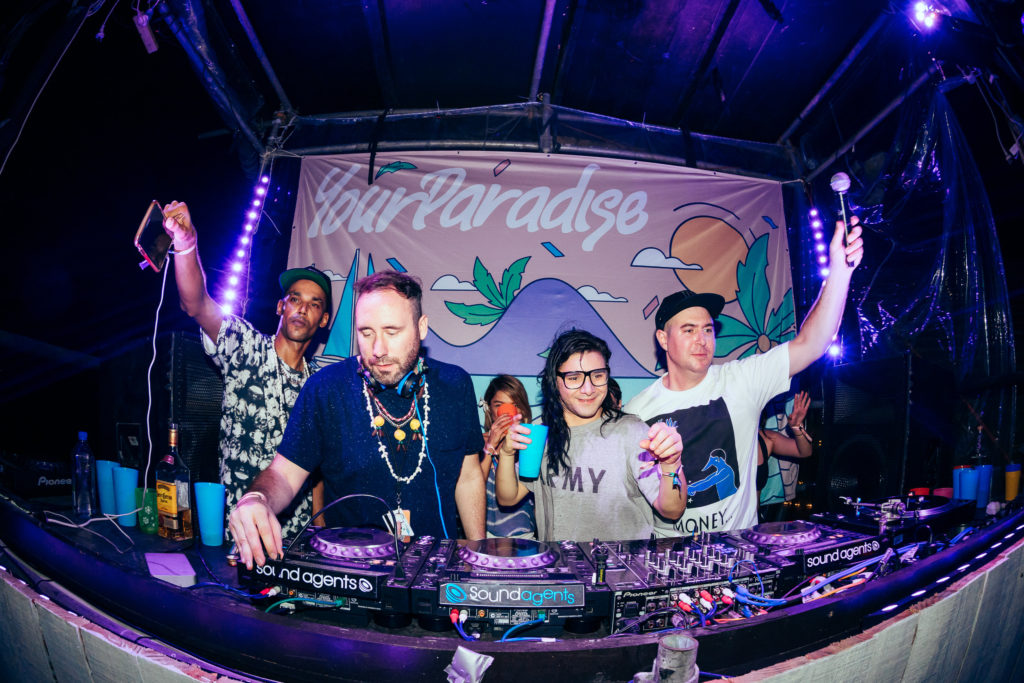 Since its debut, Your Paradise has asserted itself as a forerunner in the global festival market and standout date on the top-ranking music calendar. Having just wrapped its biggest showing yet this past December, Your Paradise has fully stepped onto the world-stage with the praise of artists, fans, and critics alike. Those lucky enough to make the 2016 voyage were treated to iconic moments like OWSLA’s takeover of Fiji’s biggest Catamaran, DESTRUCTO’s Sandback Sermon, Thomas Jack’s mid-ocean Cloud 9 set, and who could forget Justin Martin’s outrageous crusade of the island ending with him playing a back-to-back Drum n’ Bass set with Skrillex on the beachside mainstage.

The festival just shared their official 2016 recap video and it makes this festival one of 2017’s most appealing attractions yet. Read more about the festival here!