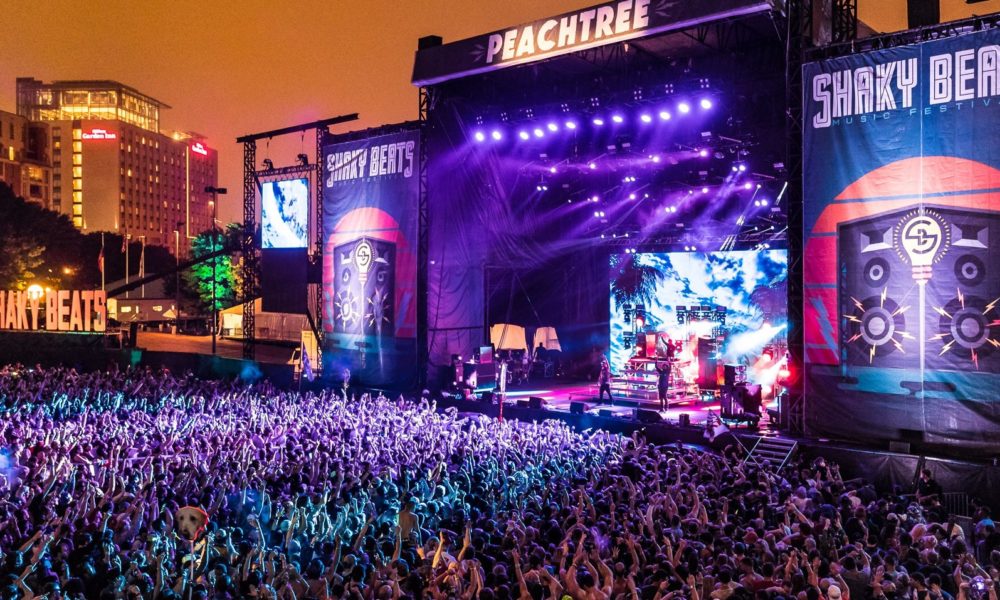 The festival lineups continue to drop one by one and Shaky Beats just dropped a bomb! The festival that dates place in downtown Atlanta at Centennial Olympic Park from May 5-7th has just revealed their lineup for 2017 and it’s a beauty. The Chainsmokers, Kaskade, GRiZ, Flosstradamus and Zeds Dead are among the headliners on the lineup that includes Galantis, RL Grime, Alison Wonderland, Getter, Mija, Snails, Slander, Slushii, Vanic, Lost Kings, REZZ, Ephwurd and many more!

With three-day GA tickets starting at $165 and three-day VIP passes going for $399; it’s safe to these tickets will be going like hot cakes so we highly recommend grabbing your tickets sooner rather than later. Check out the complete lineup and purchase you tickets below! 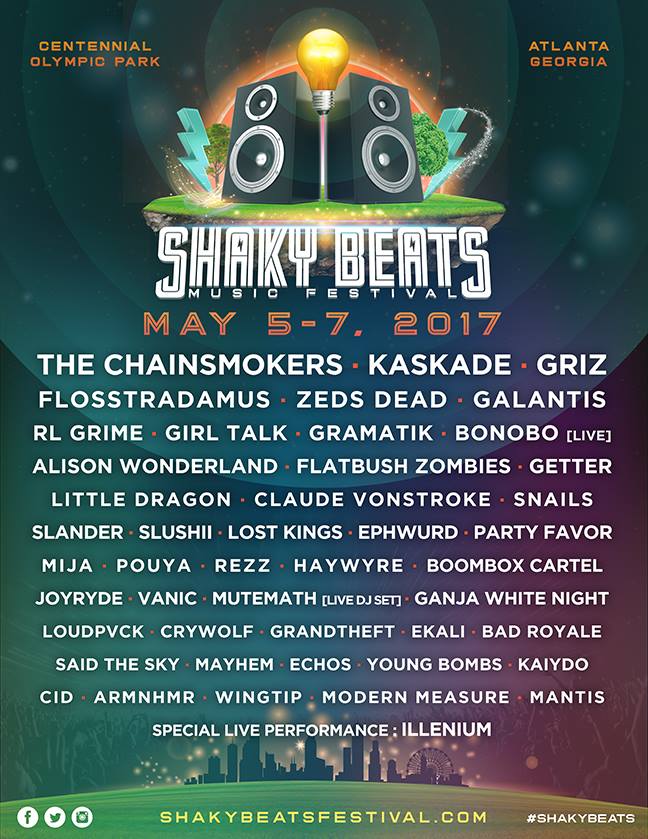