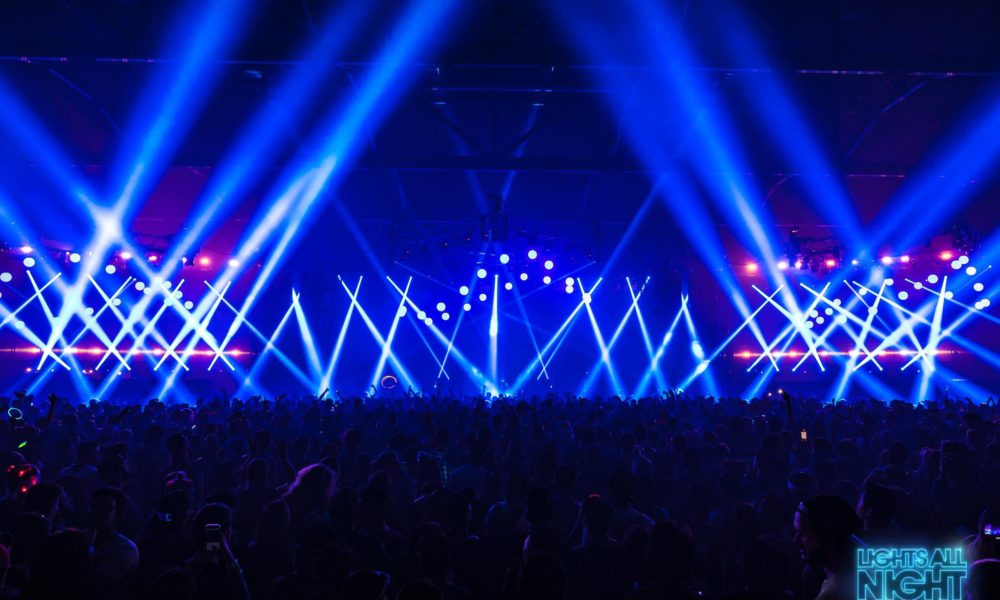 Lights All Night has been my go-to festival for New Year’s for the past 6 years now. They bring in a good diverse lineup that a true dance music lover will enjoy. Whether you were at the El Paso or Dallas event I’m willing to bet you had a fun time with you and your friends. I did with my mates in Dallas Friday and Saturday and here’s what I witnessed!

Got there on time to see Totally Enormous Extreme Dinosaurs. It was a banging House and Bass Music set. He also dropped DJ Haus’ tune Pump It, which was the highlight. Tchami is next. His set was cutoff early last year at Something Wonderful Dallas so I was excited to see him again. Played hard bass stuff to begin his set. He did a great mix of including both styles of Bass and Future House. He’s also lot more taller than I thought. He played Promesses, Rock Yo Body, Afterlife. Up next one of my favs: Above & Beyond. Also my girlfriend’s first time seeing them so it was going to be special. Endorphin by Oliver Smith was dropped of course. Me and my girlfriend sang to We Are All We Need. They also played their beautiful tune with Oceanlab Second Chance. The stunning A&B remix of Porcelain by Moby is awesome to hear live. They finished with A Thing Called Love. Best set of the night. Great lyricists; the crowd sang along to every word of the set. Checked the rest of the venue out for tomorrow as we were done for the night.

Second day starts with Rezz. Playing tunes from her 2 EPs. Also played Bass Head by Bassnectar and some Pretty Lights. Someone asked in line before the show what Rezz is like and I said Nine Inch Nails-like. Deadmau5 was up next since he’s flying to El Paso right after. Started off with Imaginary Friends. Beneath With Me + FML from For Lack of a Better Name album. He played some ID and mixed it well into Phantoms Can’t Hang then proceeded to bring the ID beat back into the mix after the kick comes in. Tighttttt. Another tune he mixed later was his new one with Grabbitz called Let Go. Afterwards Moar Ghosts n Stuff so you know what song was played right after. Getting close to the end of his set, he dropped some ID that he says he rarely plays. Heavenly pads that play for 4 bars then the next 4 is the crisp drum loop and groovy progressive pluck. He finished and we walk to the other stage called Satellite. First we waited for a friend to leave the bathroom so I got to see Kill The Noise play his collab with Snails. Pretty dopeeee. Still waiting and KTN plays Black Beetles into a tight hybrid trap tune. It might of been a remix maybe idk it went hard af. Still waiting and plays Flosstradamus and Troyboi’s Soundclash. Next was A-Trak, with 10 mins till 2016. He played Sax by Tujamo and Laidback Luke and it was dopeeee. Afterwards another Black Beetles remix but I think I like his better than KTN. Saw a little Feed Me and left when he was about to play his Strobe remix. Left A-Trak to finish Feed Me but Nero came on and started with Satisfy. Played a remix of Into The Night. Afterwards a remix of Innocence or mashup to a funky electro tune. Left when they played a remix of Won’t You Be There. Finishing the night with RL Grime now. Started off with his triple collab Waiting. Played Valhalla and later brought out a past beastly track: Congorock Ivory.

That was my review of LAN 2016/17! A fun 2 night event that had tons of good music playing. I was not disappointed with anyone’s set. They all played banging tunes and left my ears happy with all the fantastic sounds they got to hear. If you have yet to see anyone of these artists or Lights All Night then you need to make a New Year’s Resolution to do so!