Begin Your New Year Countdown At CONTROL Fridays With Graves 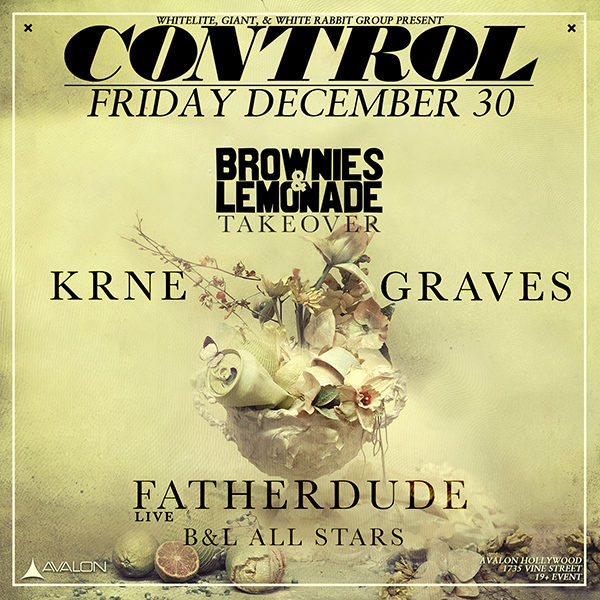 Begin Your New Year Countdown At CONTROL Fridays With Graves

CONTROL Fridays at Avalon Hollywood has been home to countless nights of music, memories, and making friends. This weekend CONTROL has enlisted their friends from Brownies & Lemonade to help kick off the holiday weekend. On the decks we have none other than Graves, KRNE, Fatherdude, and more. 2017 is sure to be memorable, but lets wrap up 2016 as one for the books.

To help get in the festive spirit and also turn things up on a notch, Graves has put together a best of 2016 playlist. Play it loud, play it proud, and let’s get ready for the weekend.