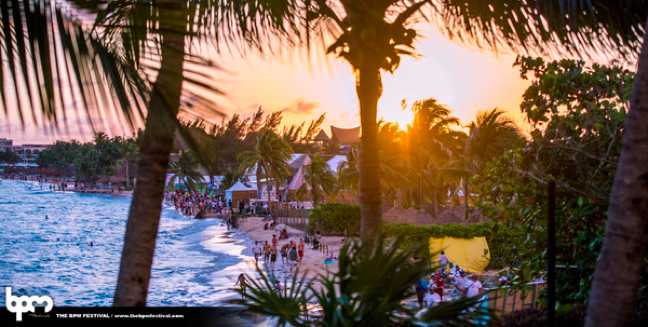 With less than 30 days to go till the 10-day festival hits Mexico’s Playa Del Carmen, we’ve compiled a list of artists we are most excited to see hit the stage. 30 showcases have been announced so far with many more to come so rest assured there will be plenty of acts to see at BPM 2017!

1. Better Lost Than Stupid
The super group made up of Davide Squillace, Martin Buttrich and Matthias Tanzmann heads into BPM with a debut album on the horizon and we’re dying to hear what they’ve been working on. After a high profile run of shows and festivals during 2014 this group of house and techno pioneers has been relatively quiet. That will change when they hit Salon Salsanera on January 7th.

2. Kollektiv Turmstrasse (live)
Truly anyone from the Diynamic in The Jungle showcase could have made it onto our list, but Kollektiv Turmstrasse’s range of styles and ability to keep the party going make them a can’t miss pick. Even among such a strong lineup we expect the live show from Christian Hilscher and Nico Plagemann to set Kollektiv apart.

3. Apollonia
Another strong trio of DJs and producers are the three men that make up Apollonia; Dan Ghenacia, Dyed Soundorom and Shonky. Known for their All Night Long parties and marathon sets the trio is set to bring the party to Martina Beach for a day party we’ll surely be in attendance for.

4. Dubfire
SCI+TEC is another stacked showcase where really anyone could lay down one of the week’s top sets, but our pick has to be label head and techno god Dubfire. Dubfire’s Live Hyrbid show blends together animations, live audio and lighting effects for an immersive experience that’s not to be missed.

5. Dusky
The UK duo will bring their signature Dusky Presents event to the playa for the third straight year and we’ll be front and center when they do. While Dusky strayed a bit from their regular dance floor style in the recently released album Outer, BPM should remind everyone why they’ve been one of the hottest acts out for the past couple years.

The BPM Festival passes (3, 7, and 10-day) and select single event tickets are on sale now while supplies last via www.thebpmfestival.com/tickets.

Get excited by watching The BPM Festival Official Documentary: Dancing in Paradise below; which commemorates the festival’s decade-long rise to prominence.

Wobbleland Drops Its 2017 Lineup, And It’s Insane.
Lightning In A Bottle Reveals Its Magical 2017 Official Video