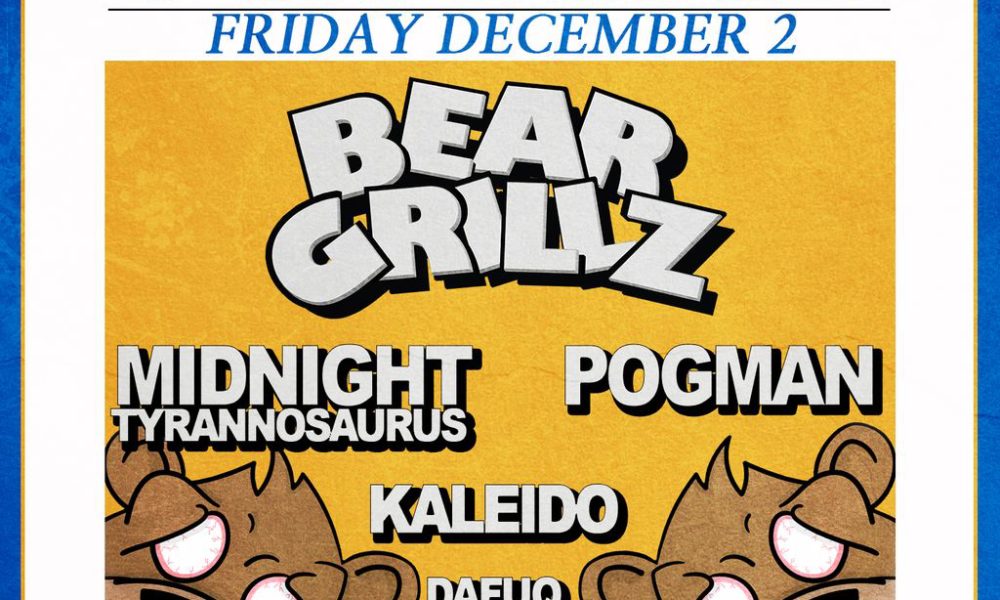 LA Bass Fam — time to squad up for this Friday’s show at Avalon Hollywood. Our friends Kaleido are supporting Bear Grillz and the legendary Midnight Tyrannosaurus and Pogman for what’s sure to be an epic bass-filled evening at one of Los Angeles’ most beloved venues. The show is about to sell out, but lucky for you guys, they hooked us up with 2 tickets to the show.

About Kaleido: Hailing from both coasts, the DJ duo that makes up Kaleido represents a broad range of musical sounds. From house and techno to hardstyle and drum-n-bass, no genre is off limits. Children of the 90s, Ashlee and Gali grew up in the pop-punk scenes of Florida and L.A., respectively. The two met in 2012 and began DJing together when they realized their shared love for grimey bass lines and melodic vocals.