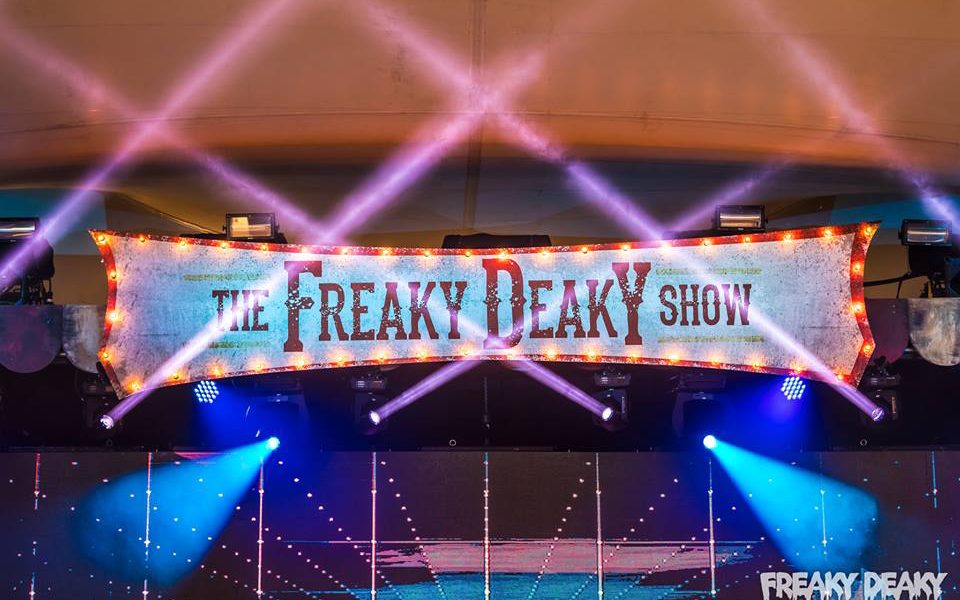 Halloween is a unique time for festivals. Everything is set up in full holiday theme, which for those who attended Freaky Deaky, got a wide array of decor and ambiance. When I talk about a festival the obvious first thing is the music, but ignoring the environment Freaky Deaky created would not do it justice.

Creatures constantly roamed the grounds as you walked from stage to stage, or to hang out near the flame throwers when it got a bit colder at night. The three separate stage (The Shrine, The Big Top, The Crypt) designs all had their own signature Halloween style. While we’re on the subject of visual experience I have to say that whoever was running the lights and visuals crushed it all weekend long. Scary themed visuals seemed so natural with bass music… And everyone got their daily dose of lazers.

The first day gave everyone their bass music fix from names like Figure and Loudpvck at The Crypt before headliners Disclosure and Dimitri Vegas & Like Mike took the stage. Day two had a great hip hop influence from A$AP FERG, ILoveMakonnen, and Metro Boomin’ all rounded out by the blessed one DJ Khaled. And while he gave Chicago quite an inspiring set, across the park was DJ Snake absolutely ripping apart his crowd. Whenever I thought there wa, s no way he could take it one step further, I would be proven so wrong. Hands down the best set I saw all weekend. Day three held a proper dance party in The Crypt with guys like Jamie Jones and Lee Foss. Boys Noize was also in attendance who threw down a killer, very fitting Halloween set. Not to mention it was the PERFECT segue into Jauz. Schoolboy Q was honestly so hype he had the crowd hanging on his every move as he rounded out a perfect second year for Freaky Deaky. Last but not least, the Cubs hype was real as they streamed the games all weekend long so all the fans could rage and still not miss out on history.