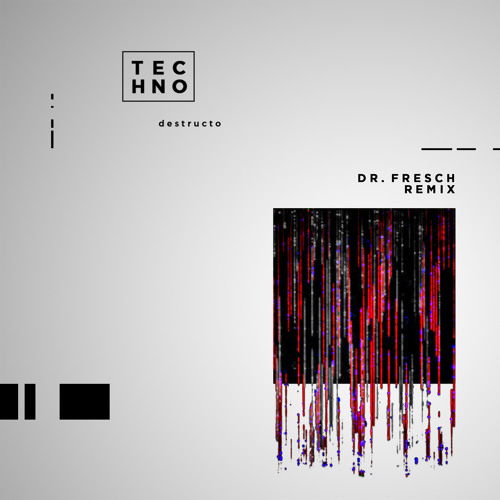 Remember when Eminem stated, “Nobody listens to techno”? Little did he know the explosion that would take place in the United States 10 years later. As many of you know Destructo sampled that bit for his recent original “Techno” and now our man Dr.Fresch has put his own spin on it and is giving it away has his latest freebie!

“I’ve been in love with Destructo’s ‘Techno’ since the first time I heard it – I think midtempo electro and deeper indie dance are taking off, and I wanted to give the original my own rework. I liked how Destructo grabbed the sample from Eminem’s ‘Without Me’, and decided to use more of that sample to build the song around. I kept the tempo at 112BPM, but decided to get more complex and weird with my bass arrangement – I hope my Fresch Fam love this remix as much as I do!” – Dr. Fresch