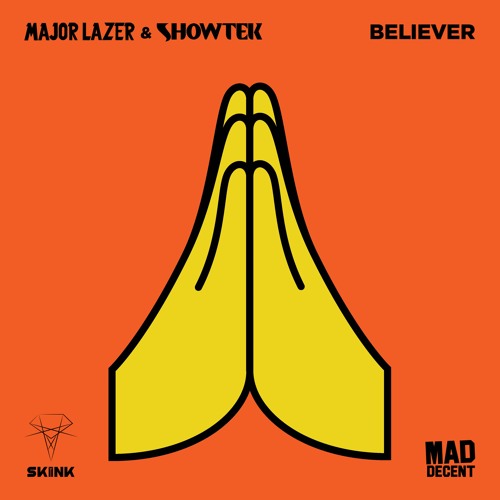 After months of hearing this titanic collaboration in their sets, Major Lazer and Showtek have finally unleashed their highly-anticipated collaboration, “Believer.” This tune has been one of the festival anthems of the summer featuring Major Lazer’s signature tropical touch and the Dutch brothers aggressive bass production style. This collab is a monster!

“It’s been almost two years since we sat down with Diplo in his studio in LA. We are both fans of each other’s sound and combining both styles has turned out great! Music is a universal language that brings people together, no matter their race, religion, culture or skin color. Connection on every level is a powerful thing. We experienced that as artists in the studio and tried to let that shine through in the collaboration. We believe this song represents such a positive message. We are very excited for this release and hopefully we can work on something else in the future.” – Showtek