[TSS Interview] MAKJ Talks About His Latest Tune, Album Speculation, Variety In His Sets And More 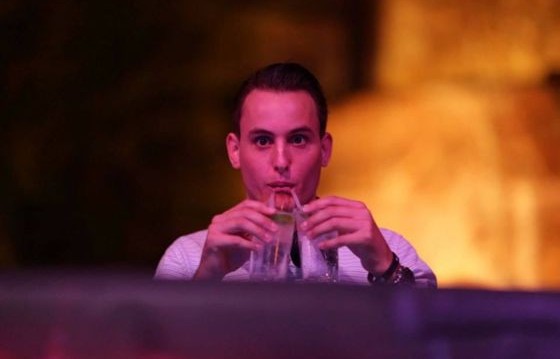 [TSS Interview] MAKJ Talks About His Latest Tune, Album Speculation, Variety In His Sets And More

An artist who’s been off the radar in terms of music, MAKJ is back with his latest collab with Timmy Trumpet called Party Till We Die. It’s a Melbourne Bounce tune that has the signature sound and beats of MAKJ and Timmy Trumpet. I got a chance to interview MAKJ and we talked a bit about some things. Check it out below.

TSS: Tell me some info about “Party Til We Die.” How was it working with Andrew WK and Timmy Trumpet? Also, can we expect more tracks this year?

MAKJ: What a wild ride it’s been on this track, as my fans know Timmy and I wrote this track over a year ago, and we’ve been teasing it ever since. We really wanted to find the right home(s) for it and I think Spinnin’ and Ministry of Sound Australia were the fits!

TSS: Any chance of an album in the future?

M: I’ve been back and forth on doing the album, I’m been writing a bunch of new music and I have a catalog of tunes lying in wait…I’m going to roll out some new singles here before the end of 2016 to showcase some of the different people and sounds I’ve been working on. I’m pretty excited for people to hear what I’m doing, it’s not what they are accustomed to hearing from MAKJ, but I think evolving is good.

TSS: Your radio show Revolution Radio features some of the best in Big Room, Trap and Future Bass. With all those tracks at your disposal how do you know what to play?

M: The radio show is a reflection of how I play as a DJ. I jump from hip hop, to trap, to big room, to rock, I think people that have seen me live understand the sort of A.D.D. mentality of my radio shows. I really just try to incorporate music that I like personally, no politics just good music. I support a lot of people who often times I can’t even pronounce their name, but if the song is good I want to support it.

TSS: What can we expect from you in the near future?

M: Everything, new music out on my label, working on a new visual package to go with some of the music I’m doing as well. I’m also launching an app! So you can get 24 hours of MAKJ, I’m always on.

TSS: What are some helpful tips to all the aspiring producers out there?

M: Create your own sound, find your own lane, it’s good to be inspired by things, but try to take inspiration from tracks that didn’t come out this year. It’s just going to sound like a copy.

Gunslinger To Strike Out With Their Fresh Release “All Of Your Life”
Major Lazer & Showtek Drop Their Highly-Anticipated Collaboration, “Believer”