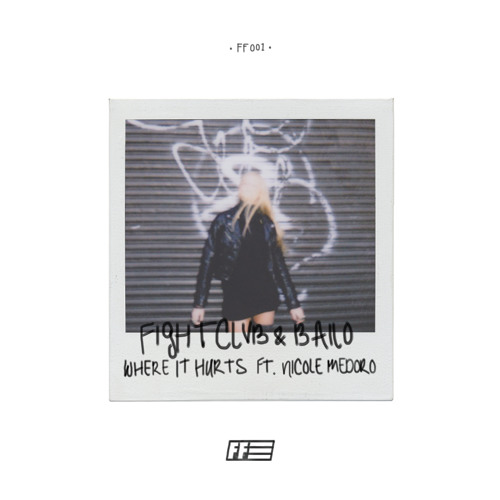 FIGHT CLVB have undoubtedly left their mark on the tri-state area in the world of electronic music, and now they look to take things one step further with their new label, FIGHT FREE.

Their imprint has no genre and was created to help producers get their music heard no matter what size of their following. Quality music is quality music, plain and simple. The duo sets the tempo of what’s to come from the label with its first release, “Where It Hurts” with Bailo featuring Nicole Medoro.

“We’re very excited to release “Where It Hurts” as the first single to launch our new imprint “FIGHT FREE” music. Initially when we teamed up with Bailo our intentions were to make a crazy club banger but instead we came up with something a lot more melodic and easy on the ears. The song is definitely a departure from both our sounds but we’re extremely proud of the result. We also want to thank Nicole for lending her vocal and writing talents for the track.” – FIGHT CLVB