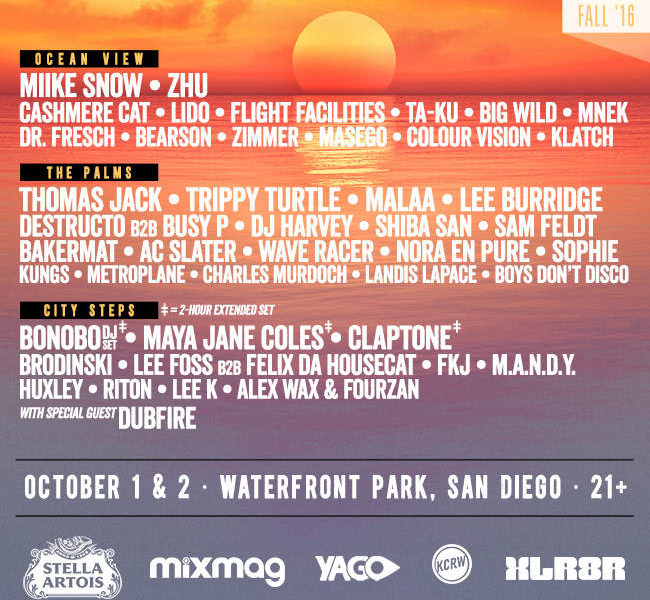 CRSSD festival, though only in it’s second year, has made a name for itself in the SoCal music scene in the best way possible. The fourth installment of the festival lives up to the excitement and talent of the last 3, as the fall 2016 headliners include live acts Miike Snow, ZHU, Cashmere Cat, Lido, Flight Facilities and Ta-Ku, and top house and techno DJs including Bonobo, Maya Jane Coles, Dubfire, Lee Burridge, M.A.N.D.Y., DJ Harvey, Lee Foss and more.

Set on the bay in San Diego’s idyllic Waterfront Park, CRSSD will return October 1 and 2 with a myriad of live and DJ talent from some of music’s most innovative artists. Situated in the midst of San Diego’s vibrant downtown district, CRSSD takes place in the grassy Waterfront Park, offering sunset views over the water, fountains for bathing and the dramatic backdrop of planes taking off and landing in San Diego Airport. It’s a setting unlike any other in America. Once night falls CRSSD programs a full After Dark program, which sees world-class DJs perform at multiple venues across the city.

CRSSD Festival also features a craft beer and mixology program along with locally curated food vendors from some of San Diego’s finest restaurants. CRSSD is a 21+ festival.

For more information on CRSSD and to grab tickets, visit: http://crssdfest.com/ 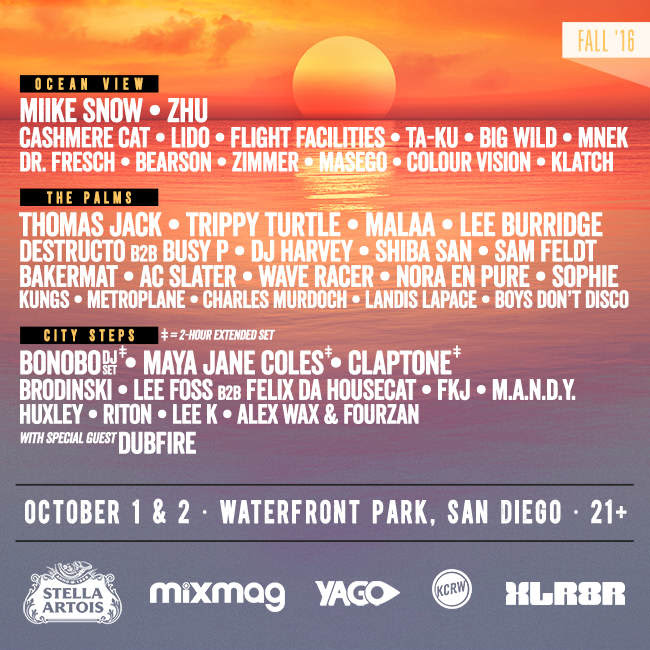