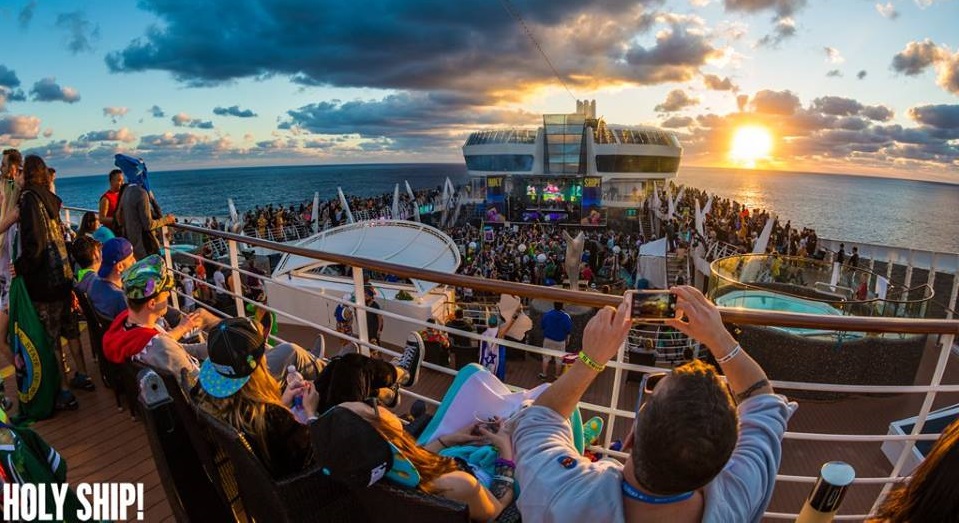 Ship Fam the wait is finally over, HOLY SHIP! has officially released fully stacked lineups for each of the 2017 back-to-back four-night January voyages!

As expected, HARD Events has assembled two of the biggest lineups we are going to see in 2017 and we’re only going to be about a two weeks into the new year! HOLY SHIP! 8.0 (January 6-10, 2017) will feature DJ Snake, Tchami, Duke Dumont, Boys Noize, A-Trak, Marshmello amongst many others while HOLY SHIP! 9.0 (January 10-14, 2017) will feature headliners Fatboy Slim, Griz, Claude VonStroke, Jauz, Maya Jane Coles and Hot Since 82 with that just being the tip of the iceberg. Probably a poor choice of words there but you know what I mean.

Anyways, cabin bookings for the eighth and ninth editions of this journey of a lifetime are set for July 5, July 6, July 7 and July 8, 2016, so be sure to hop on the 2017 waitlist before its too late. Head on over to holyship.com/ to find out everything you need to know regarding the cruise and ticket sales.

Check out the 2016 recap video and complete lineups below! 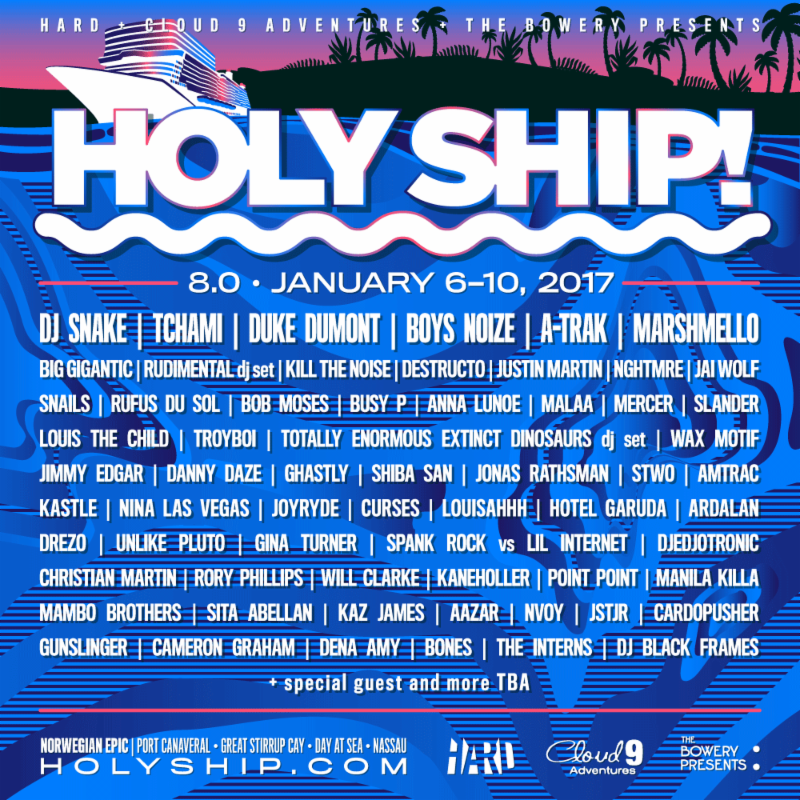 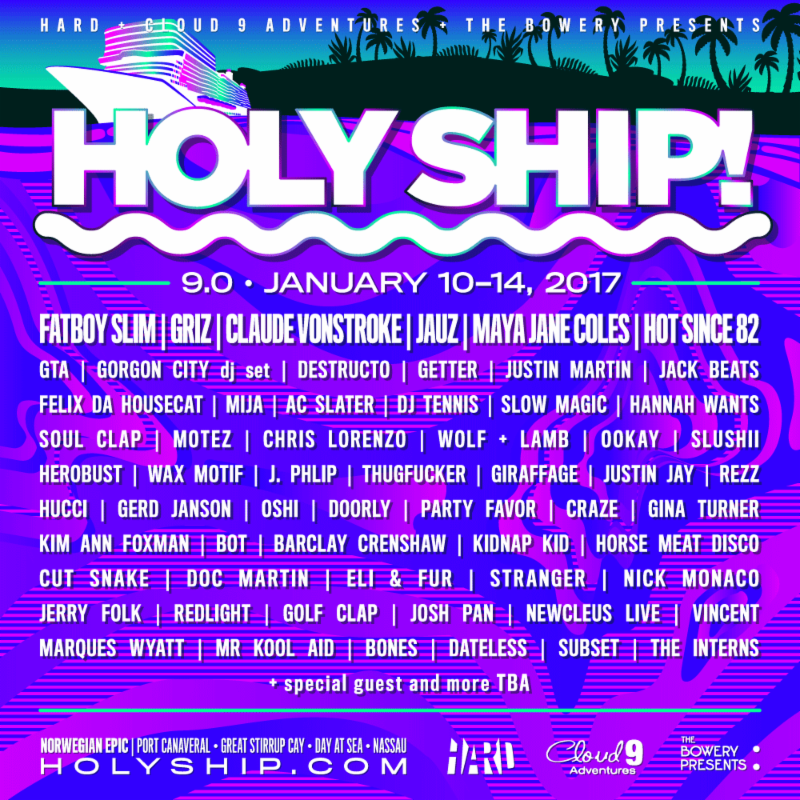