10 Of Our Favorite Things About EDC LV’s 20th Anniversary 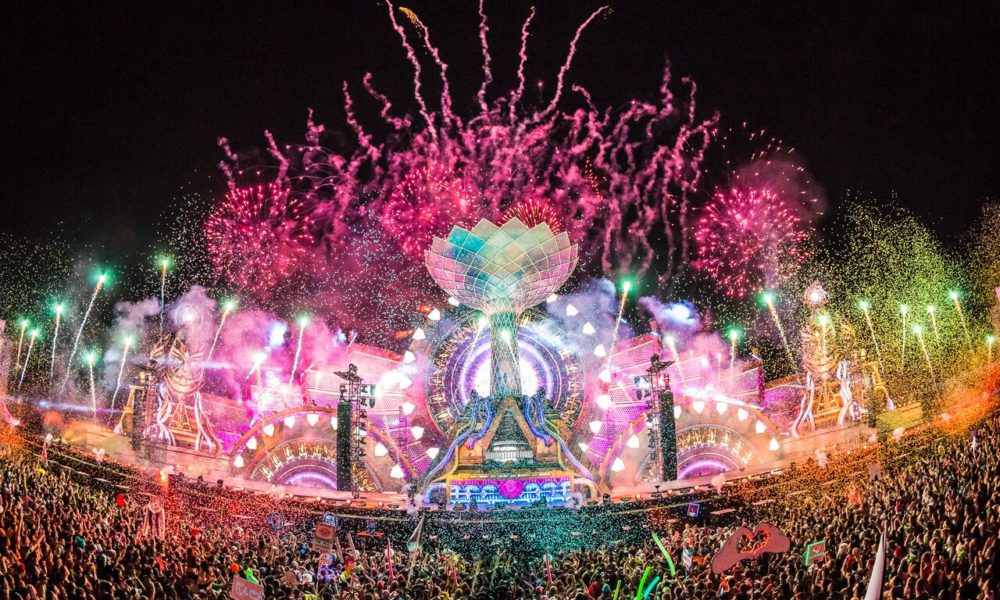 Photo by: aLIVE Coverage
10 Of Our Favorite Things About EDC LV’s 20th Anniversary

1. Massive Stages
Insomniac is known across the globe for its top-notch stage production and ability to transform every stage into the perfect sanctuary for its dedicated genre of music.

With a daily average of about 135,000 attendees, calling EDC “big” is an understatement. As a result, the stages need to be massive. kineticFIELD alone, the main stage at EDC, had a wingspan of 446 feet (wider than your average football field)! It stood at 95 feet tall, and with the “Tree of Imagination” serving as the focal point, the view was a remarkable one.

In addition to the size of the stages, Insomniac paid incredible attention to the detail as well. My favorite stage design wise was wasteLAND which boasted an iconic SF Golden Gate Bridge in an apocalyptic state. 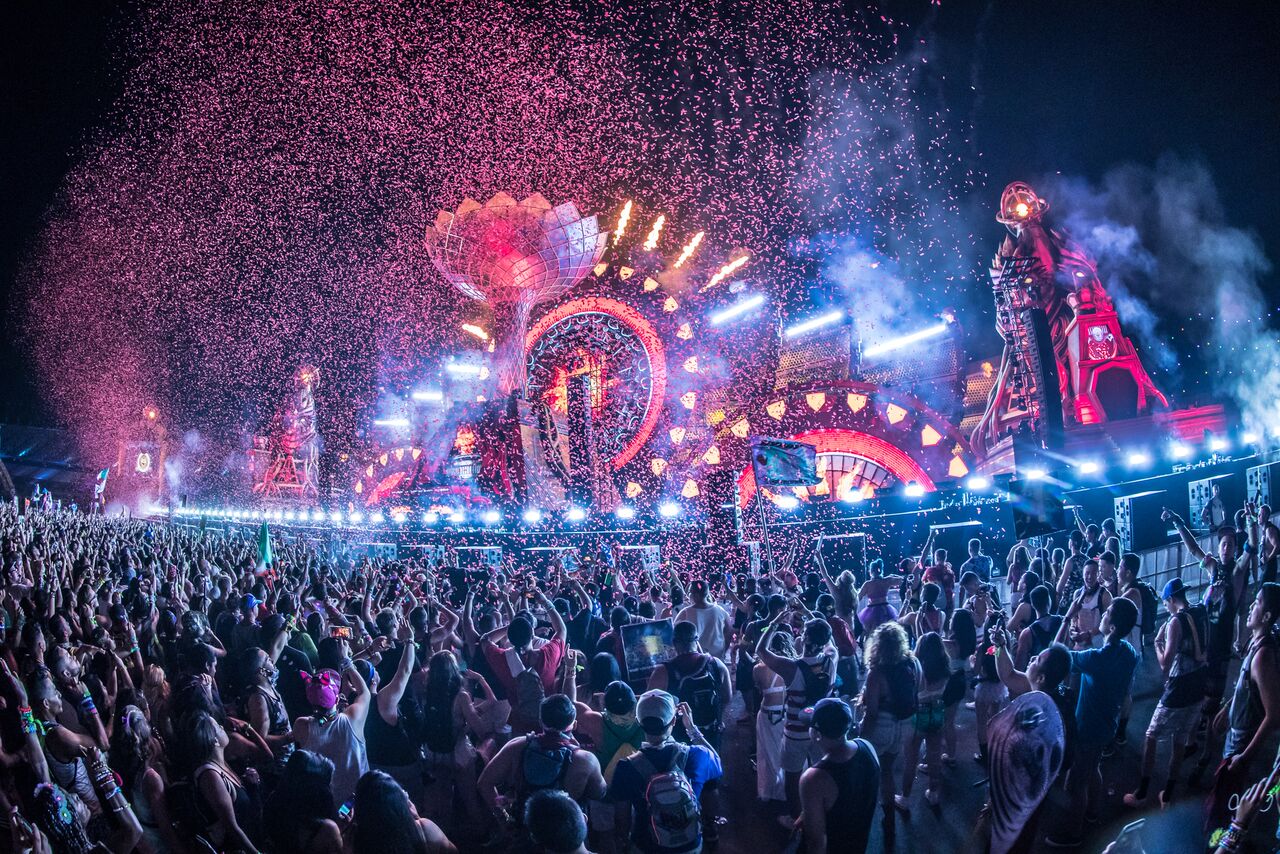 2. EDC Post Cards
When walking around the Electronic Daisy Carnival Festival Grounds, I was hypnotized by the “Post Office” sign that instantly caught my attention. A post office…at EDC?! Walking into the little post office shack, I was greeted by excited festival goers vigorously writing to their loved ones back home. Offering to mail the one of a kind “EDC postcards” for free, the handwritten notes were a great way to connect to those who couldn’t make it to the festival, but still were in the thoughts of the attendees.

Furthermore, letters to those who were unfortunately no longer with us filled the walls of the shack. One that stood out to me was a postcard to those lost in the recent tragic Orlando Shootings. EDC is all about the good vibes that surround us, so it was admirable to see those vibes being sent out into the world via unique EDC postcards.

3. Women Making History!
For the first time in its 20 years of existence, EDC had a solo female artist grace kineticFIELD, the main stage. Although Krewella were the first females to play the stage back in 2014, Anna Lunoe was the first ever singular DJ to play it all on her own on the second day of EDC. Following Lunoe just a few sets afterwards was Alison Wonderland. As we acknowledge more and more women entering the dance music scene, it’s beautiful to see that they’re getting the recognition they deserve.

For those of you who missed it and want to catch Anna’s set, it’s now live…and it’s amazing. Click HERE to listen for yourself! 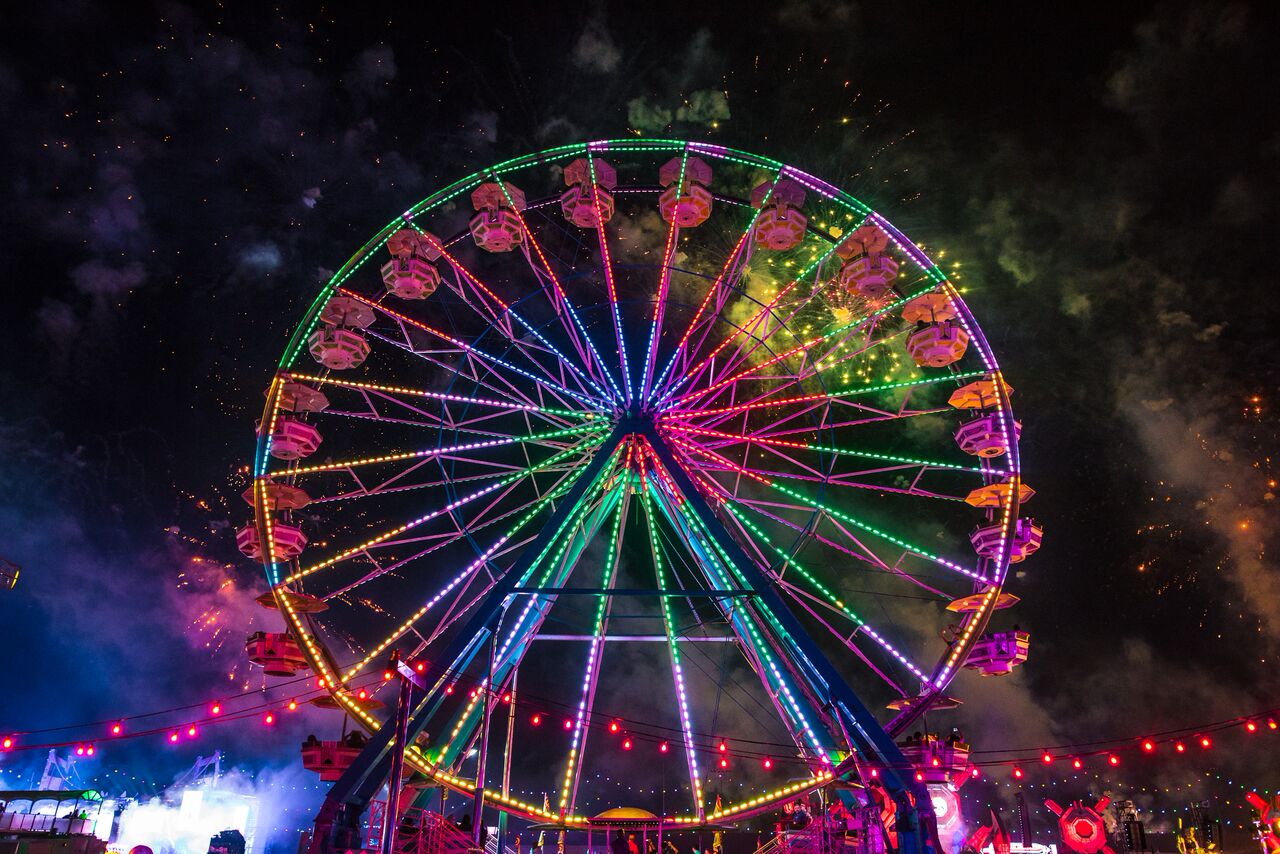 4. Carnival Rides
EDC is known for their included carnival rides, but this year they really stepped it up a notch. For the 20th anniversary, eighteen full-scale rides were spread out across the grounds, including multiple ferris wheels for attendees to capture that picture perfect EDC moment. One of the newest additions was the Big Splash Water Flume, the perfect ride to catch in between sets to cool down as it plunged down the water slide.

5. Marshmello’s Massive Reveal
Marshmello has been making a huge splash in the dance music scene within the past year alone. Walking around the festival, I saw an incredible amount of attendees rocking mellow gang gear. With such a strong and supportive following, it’s no surprise that Marshmello played at cosmicMEADOW, one of the bigger stages at EDC. Aside from his amazing set, Marshmello also made headlines when he finally took his helmet off and revealed himself…as Tiësto?! So, what do you think? Is Tiësto actually the helmet-wearing fiend he says he is or just one big festival troll? 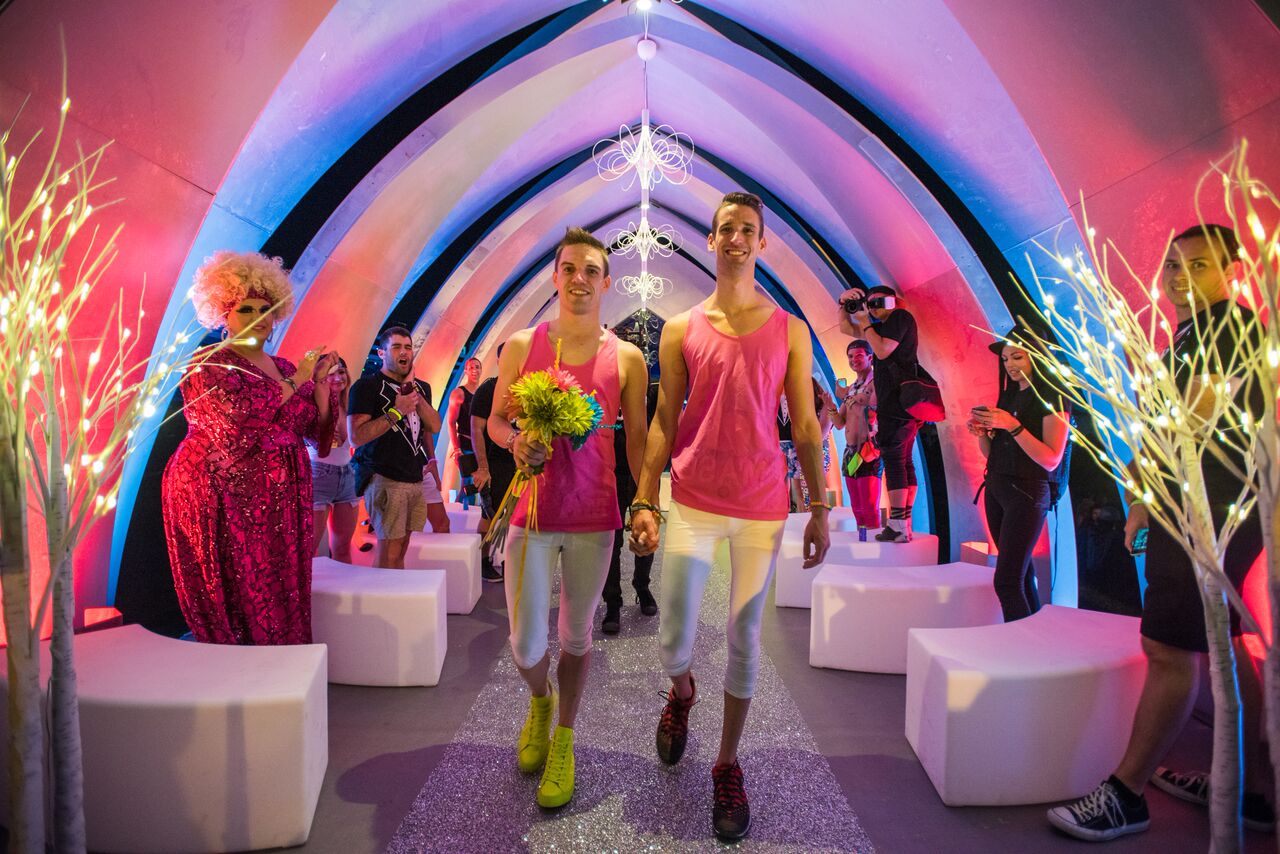 6. EDC Weddings
At the Las Vegas Motor Speedway, love is constantly in the air, whether it be between you and your rave fam, or you and your significant other. For attendees that want to get married under the electric sky, EDC hosts both official and unofficial wedding ceremonies. This year, there were not only one, but TWO wedding chapels located inside EDC Town. At EDC, PLUR (peace, love, unity, and respect) is preached and holds no boundaries. Thus, it was a big deal when this year, for the first time in history at EDC, fans were able to have federally recognized same-sex wedding ceremonies!

7. Art Pieces
The art pieces at EDC are always mind-boggling and unlike anything you’d see at your average museum. Scattered all throughout the festival, whether they be installed in place or moving throughout the grounds, the art pieces are one of EDC’s most unique factors. My favorite art piece, the “Metaheart art installation,” was a 23-foot tall structure that reacted to human interaction, radiating colors with every person’s touch. Each art piece only further transformed the Las Vegas Motor Speedway into the ultimate dreamland. 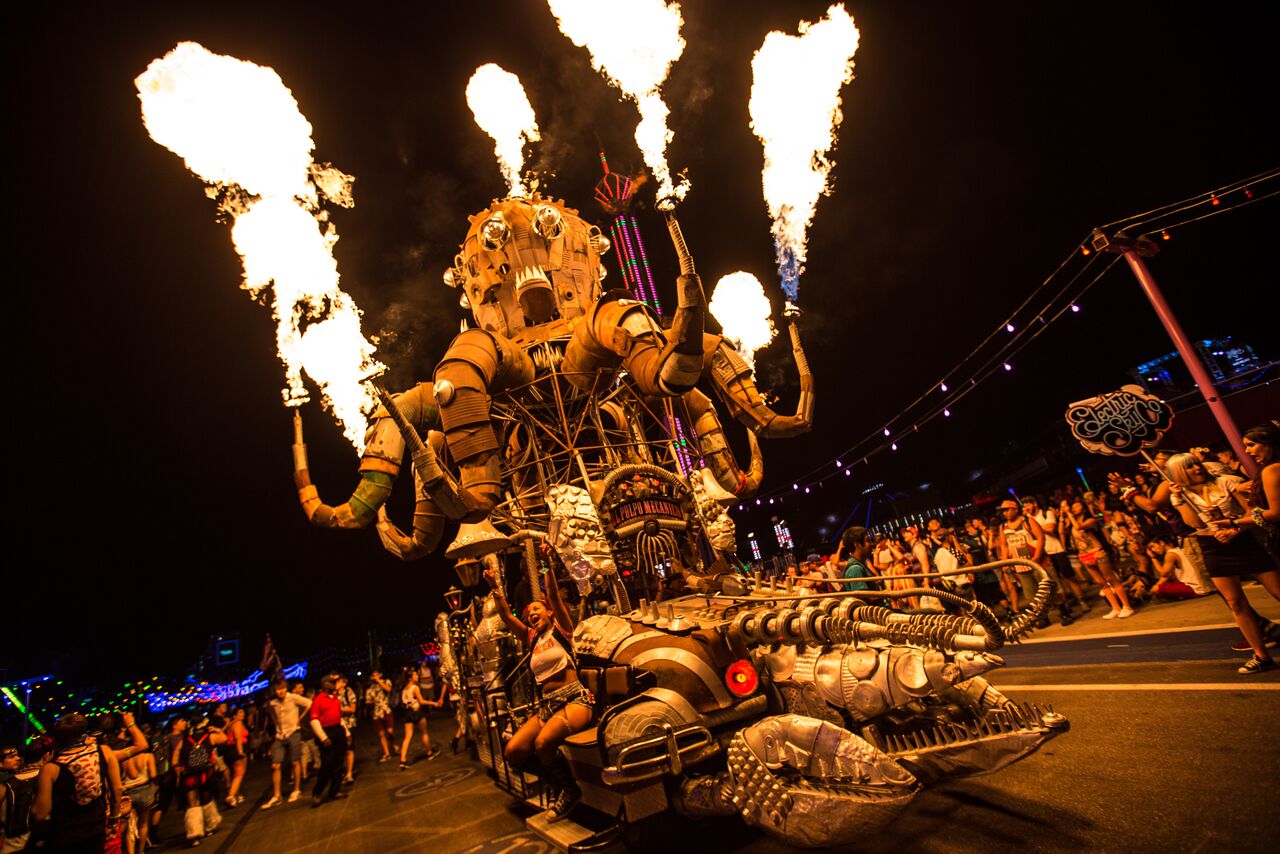 8. The Food
Bacon mac & cheese, chicken & biscuit honey maple sandwiches, and chocolate brownie skewers…oh my! After dancing from dawn to dusk, the best way to fuel up was at the food vendors. With tons of choices, your taste buds didn’t have to suffer. Pizza, Korean BBQ, and hot dogs?! There was a little bit of everything for anyone and everyone. EDC even had all the festival food vendors convert all their cooking oil into usable biofuel via Biotane barrels to help out with their green efforts this year!

9. Fireworks
Whenever you ask someone how EDC was, someone always brings up the jaw-dropping fireworks. Every night, Insomniac unleashed fireworks all throughout various sets, adding that extra glimmer of magic to the experience. Seen no matter where you were in the festival, you truly felt like you were in an alternate fairyland during the firework shows. On the very last day, a fifteen-minute firework show dazzled attendees as the display painted the sky. The perfect ending firework show to the perfect weekend!

10. The Everlasting Memories Made
Thank you so much, EDC. For the past twenty years, you have been staying true to your colors and bringing people together to have the most amazing weekend of their lives. Until next year.

What were some of your favorite things about EDC? Let us know in the comments below! 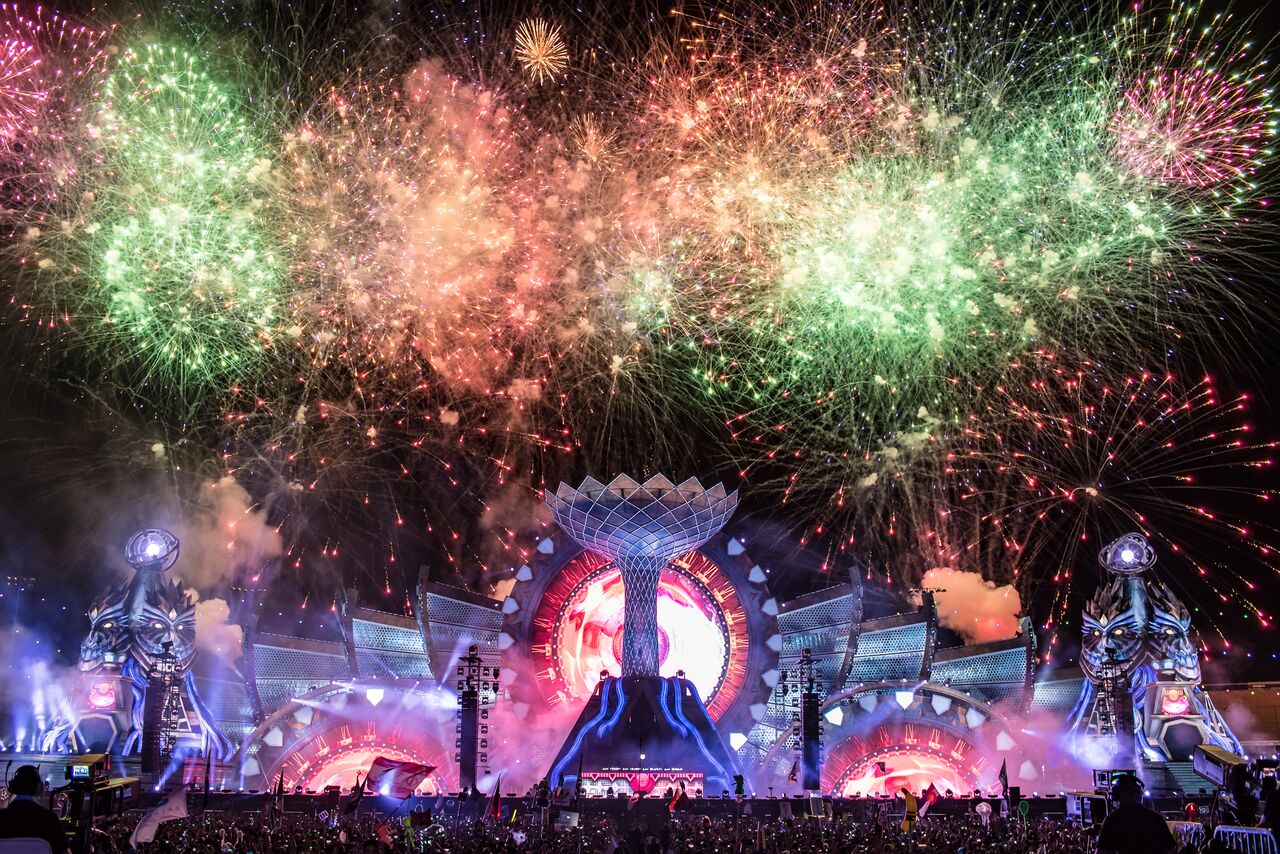