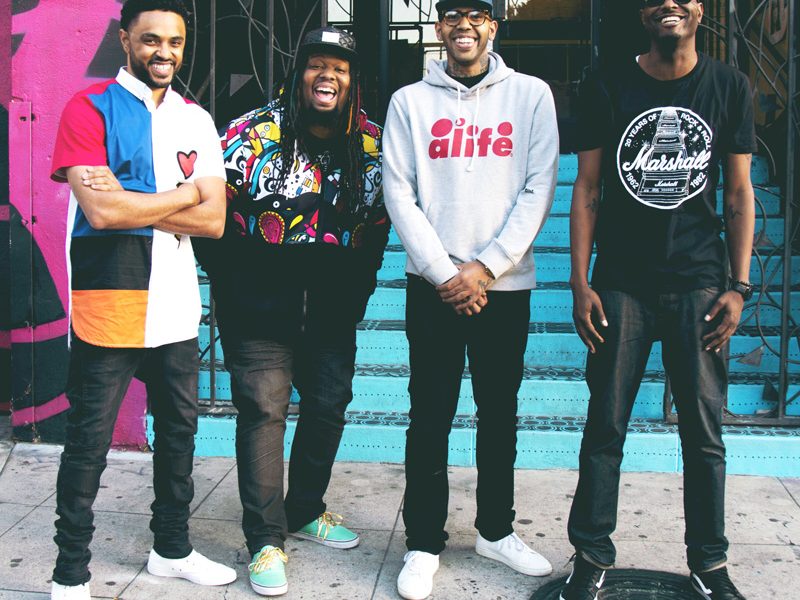 Cultivated in Philly and created in LA, NAC is a unique band that have written music for others and now decided it is time for them to step into the limelight. Influenced by groups like Outkast and Kid-N-Play, NAC shows love to their Philly origins and with a new twist not heard before. Comprised of STS (Sugar Tongue Slim) who delivers catchy lyricism in his Atlanta fashion, the new wave Philadelphia production and vocal styles of the Platinum selling team B-N-B (Butta N Bizkit), and new comer producer and DJ Schoolie V.

The band started in 2015 when the group got in the studio to do some reference tracks. Next thing you know, the team thought bigger, and had the notion that they should become a band. Fueled by the interest of making a new twist on classic sound it only took a few more studio sessions for NAC to be born. Having a high production level as well as a live show to back it up, NAC has set high goals with the mission to put the “fun” back in music. After seeing some success with their first record “I Ain’t Got It” the group now has dropped their next offering “On The Floor” featuring Tracy T from MMG. They definitely have a “NAC” for music.

Joyner Lucas Literally Kills “Panda” With His New Lyrical Remix
Getter Switches It Up With A Hip-Hop Release “MFG” by Pouya Ft. Ramirez