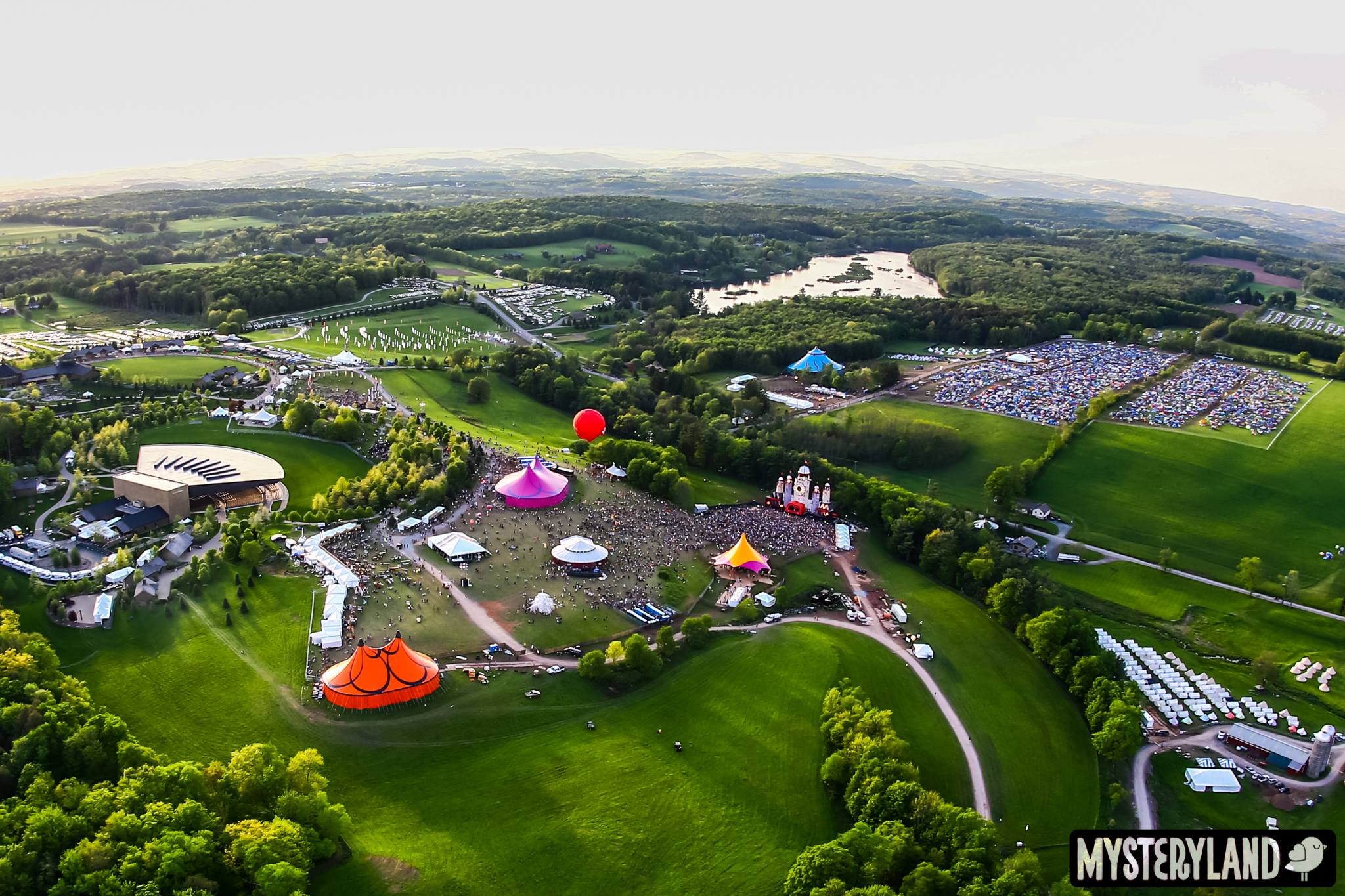 Since its inception in 1993, Mysteryland has cemented itself as one of the premier electronic music festivals in the world thanks to an unparalleled combination of forward-thinking and innovative music, art, technology, and food. Billed as the longest running festival brand in the world, Mysteryland has an impressive history, laying its roots in one of dance music’s most vibrant communities, the Netherlands, where its humble beginnings featured four artists on its lineup – Buzz Fuzz, Dano, Gizmo, and the Prophet – over the course of the three-day festival. In the years since then, Mysteryland has laid the foundation for many of the world’s most iconic and recognizable festival brands, including its sister festivals, Tomorrowland and TomorrowWorld.

After nearly twenty years of success across the Atlantic, Mysteryland expanded its reach in 2011 and claimed Chile as its second home. The first international iteration of Mysteryland was a tremendous success, as they brought their forward-thinking ethos to South America and curated a stand-out lineup featuring Sidney Sampson, Mark Knight, Dimitri Vegas & Like Mike, amongst others. In 2014, ID&T took its renowned Mysteryland brand abroad once again, this time, expanding to the United States and setting up shop at one of the most historical musical venues in the country – Bethel Woods, the home of the original Woodstock festival.

Bethel Woods offered the perfect stomping grounds for Mysteryland USA, as the ID&T-produced festival touted the same founding beliefs as Woodstock – brilliant art, technology, and cultural workshops underlined by diverse musical programming that appealed to the masses as well as the underground scene, and they have yet to stray from their formula after two successful editions of Mysteryland USA under their belt, and a third on the way in just a few short months. Mysteryland USA may not offer the same musical oomph as EDC Las Vegas or Coachella, but it’s filled a niche nicely, and it’s proving itself as one of the most exciting young festivals stateside. 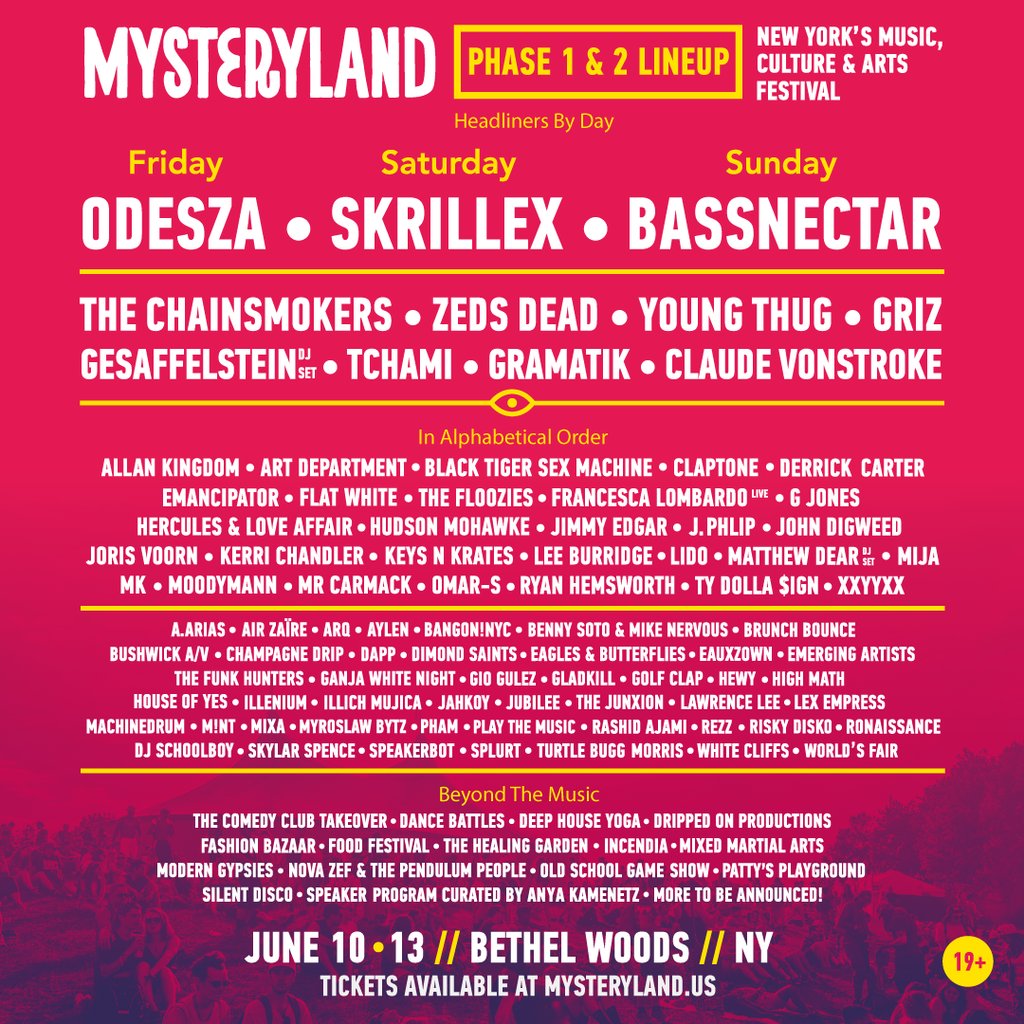 This year, Mysteryland USA will be making its triumphant return to Bethel Woods from June 10th to June 13th, and they’ve just unveiled the archetypal lineup for their founding belief of diversity. The third iteration of Mysteryland USA will be championed by headlining acts like ODESZA, Skrillex, and Bassnectar, and these main-stage stars will be bolstered by a stellar support staff featuring the likes of The Chainsmokers, Zeds Dead, Tchami, amongst others, but the realm where Mysteryland USA’s 2016 lineup really shines is in the underground.

Few festivals boast a lineup as well-rounded as Mysteryland USA boasts this year, and even fewer festivals have as good of a sense of the mainstream in addition to the underground as Mysteryland USA, and it shows in their impressive house and techno offerings. Two names that instantly stand out are Gesaffelstein, the dark prince of techno, and Claude VonStroke, the booty-bouncing king of dirtybird, but these aren’t even the most impressive artists of this year’s festival. A glimpse through the rest of the lineup reveals a stacked undercard with the likes of Joris Voorn, MK, Art Department, Lee Burridge, Claptone, J. Phlip, John Digweed…the list goes on and on.

Digging deeper into the underground, Mysteryland USA will be welcoming the likes of Golf Clap, Matthew Dear, XXYYXX, Machinedrum, and more for three nights of unforgettable music that you don’t want to miss. On the surface, Mysteryland USA may seem like a typical festival, but once you take a deeper look, it’s clear that the ID&T festival is not only ahead of its time with its musical programming, but also with its cultural and artistic activities.

Tickets to Mysteryland USA are available for purchase here.