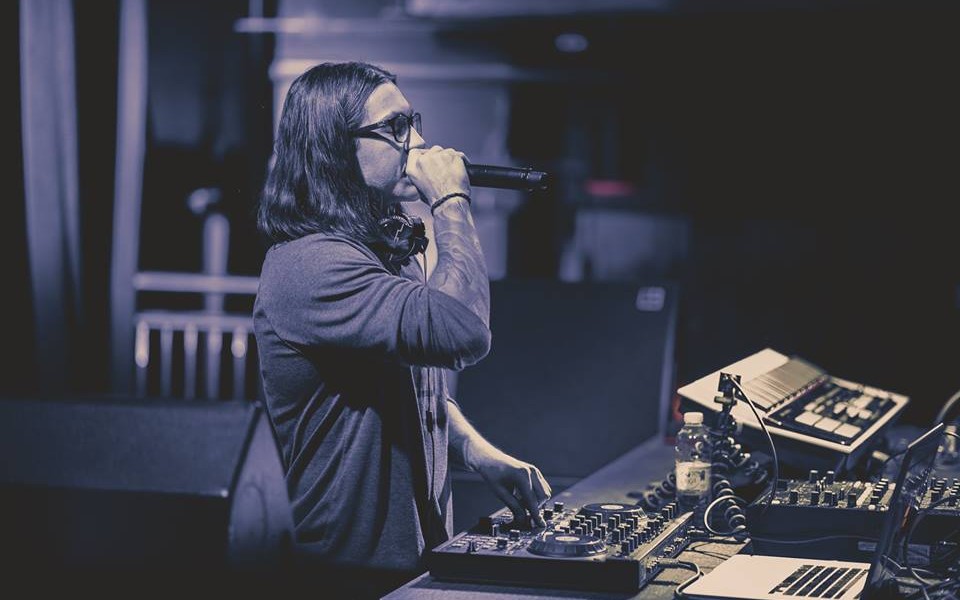 LA by way of Buffalo producer Grabbitz has been making waves in the electronic music scene for years now with his masterful production that defies the convention of every day “EDM”. His projects range from heavy dubstep tracks to beautiful melodic ballads that just make you feel like you’re getting punched in the brain with imagination every time you listen. So when the opportunity to sit down and talk with the TSS favorite came about, we jumped at the chance!

Since his latest release, “Better With Time”, Grabbitz has been on the road sharing the stage with some of the most talented names in the game and his musical reach to so many different audiences is evident every time he performs. We caught up with Grabbtiz before he was provided opening support for Haywyre at the historic Sinclair in Cambridge MA, just a walk away from the Harvard campus. He welcomed us with open arms and we can safely say he is one of them most down to earth artist you could ever hope to meet. It’ great to meet an artist who appreciates his fans in the same way his fans appreciate him as an artist.

So without further ado, here is our interview with the one and only Grabbitz! 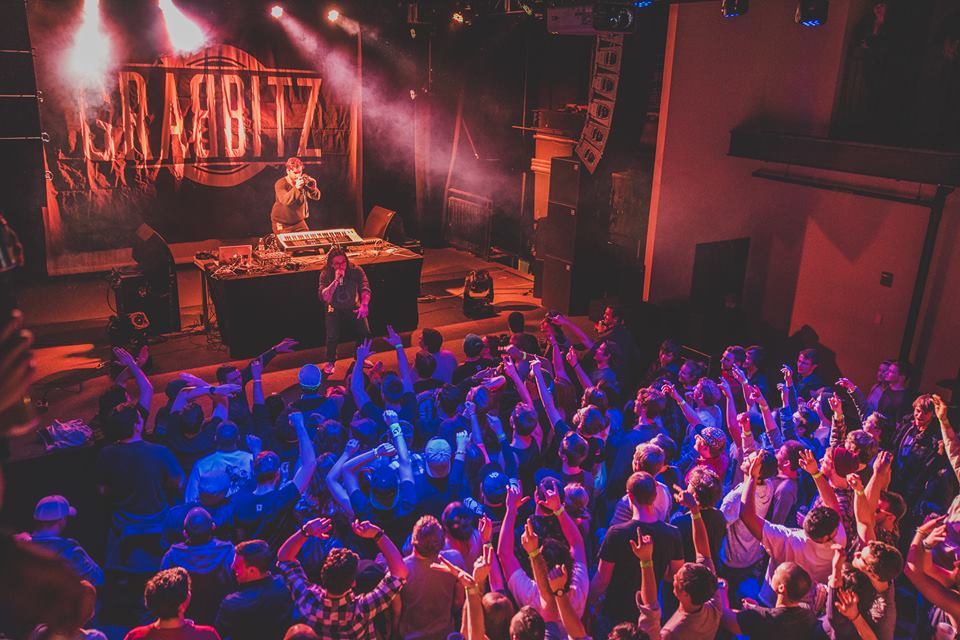 TSS: Thank you for taking the time to talk to us. How’s everything been?

Grabbitz: Of course. I’m really good, just getting ready for the show.

TSS: On this run you’re doing shows with Pegboard Nerds, who you did a great remix for on their last project, Feed Me, Jauz and Haywyre who you’re playing with tonight. I find it amazing how versatile you are in terms of the way you’re being booked and how it seems that artists from every genre truly appreciate what you bring to the game. Can you tell us some of the highlights so far and how you incorporate your music into your live set when playing for different crowds?

Grabbitz: It’s been great. Well that’s the beauty of the DJ set, you get to mold it and mesh however you feel is appropriate for that show and to be honest I really don’t change my set that much. I just do my own thing and I think that the headliners respect that.

TSS: The “Better With Time” EP came out to amazing reviews and sounded like the culmination of all your years of work. Can you tell us how the project came to be? What are some of the things you wanted to accomplish with this record?

Grabbitz: I really think the “Better With Time” EP was just the natural evolution of my music. Just the next step. I continuously make music and this is just so happened to be the style I picked after the “Friends” EP. It happened very naturally and I think it’s definitely taking a more alternative route which I’m very happy with. I don’t feel like I have to follow any type of structure, follow any trends or frames. I just do my own thing and that’s it.

TSS: One thing I think your fans really appreciate about you seem to be fearless in terms of what you want to make musically. You sing on a lot of your songs, you’re experimental with your production and it doesn’t seem like your defined by just one genre. Where do you draw your influence from and what are some of your main inspirations when making your music? Whether it be your full projects, collabs or singles.

Grabbitz: I think basically I just make whatever makes me happy. All of my idols and heroes in the music industry I believe have done the same thing. There’s always been rules broken, there’s always been different paths taken to these people getting to where they are and that’s always been a huge inspiration to me. I choose to take that path than you know, the path taken by everyone else.

TSS: One song that I know fans really enjoy is the “Way Too Deep” acoustic version. You’re known for incorporating live instrumentation and being an all around musician when your in the studio. Just as a fan out question, do you think you’d ever put together a stripped down acoustic show? Like Above & Beyond’s acoustic set? Play theaters, put together a band…would that be something you see yourself doing somewhere down the line? If so, who would you like in your band?

Grabbitz: Yes! 100% Yes! I would love to do that. I think there’s a lot of building we have to do to get to that point,but I grew up playing acoustic music on my guitar and have always loved unplugged acoustic sets. So it’s something I plan to do someday. As far as who would be in my band, I’m not quite sure. They’d have to love the music.

TSS: Could you somehow incorporate sliding door in the acoustic set? I’m half joking but I do love that you where able to pull a sample from something as simple as your patio door in your apartment in LA.

TSS: In the past you’ve made rock, produced hip hop along with dance music. For fun, if you could collaborate with any band who would you pick and why? Which rapper would you like to make a track with and why? Also who haven’t worked in electronic music that you really want to work with?

Grabbitz: If I could work with any rapper it would have to be Eminem because he’s just one of my biggest inspirations in music in general. I used to do hip hop a long time ago, but Eminem  had a major influence on me when I was making hip hop as well as the producers he worked with like Dr. Dre. If I were to collaborate with a band it would have to be Trent Reznor of Nine Inch Nails. He’s one of my biggest influences and I would have to get in the studio with him and pick his brain about his music creation process. Also, I still haven’t worked with Skrillex and I really want to. I live in downtown LA around where he is so I’m hoping it’ll happen someday. 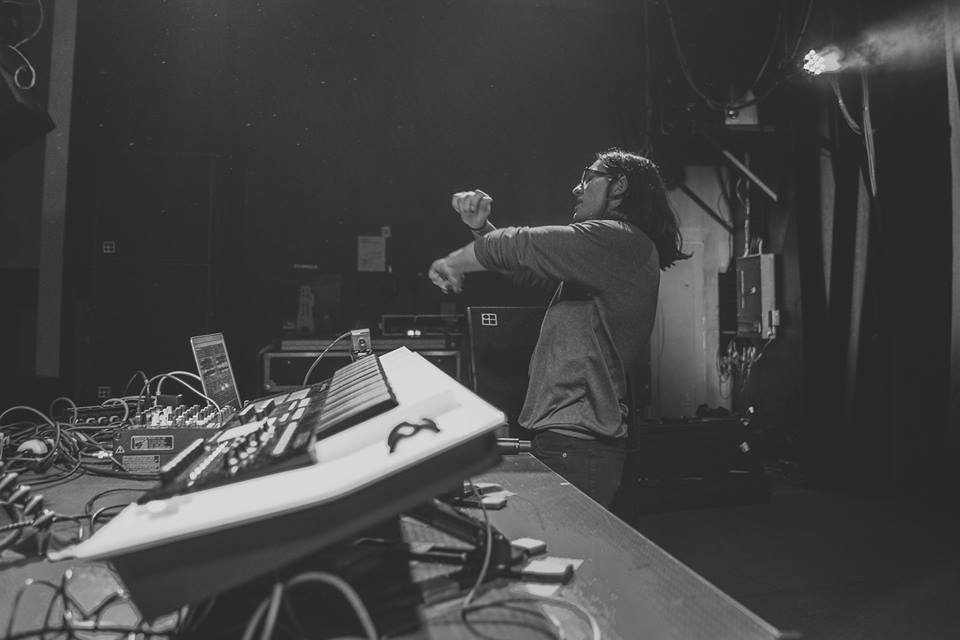 TSS: One of the things I really hear in your music is that it’s almost cinematic. Have you ever thought about scoring movies or doing commercial work with your music?

Grabbitz: It would be a huge goal for me to score something. I’ve always wanted to put music to visuals. I think why I put a lot of my more cinematic work on my projects. I hope that maybe someone will pick up on that someday. It’s really about who know and how you can get your music incorporated in these things, but I would love to do it.

TSS: Let’s lighten things up a bit. One of my favorite songs of your is “Pretty Much LA” with Tisoki. You’re an East coast, specifically Upstate New York native that’s now bicoastal, tell me what are some of your favorite things about LA? Also, what bothers you about LA?

Grabbitz: I love LA because it’s a very collaborative, creative environment. A lot of creators live out in LA so there’s a lot of positive “growing” vibes out there. Everyone wants to be better, get better, meet people and network. That’s what I really love about LA. There’s not much I don’t like about LA other than the people who follow trends, people who are negative or people who act like they’re “too cool”. But you find those people  everywhere and that’s not specific to LA.

TSS: Do you have any pre performance rituals that get you ready for the show? Or do you just show up and kill regardless?

Grabbitz: I just kind of hang out and make sure my set is ready to go. I hang out backstage, have a few drinks and enjoy the moment.

Grabbitz: Jack Daniels. Any kind of whiskey or bourbon. 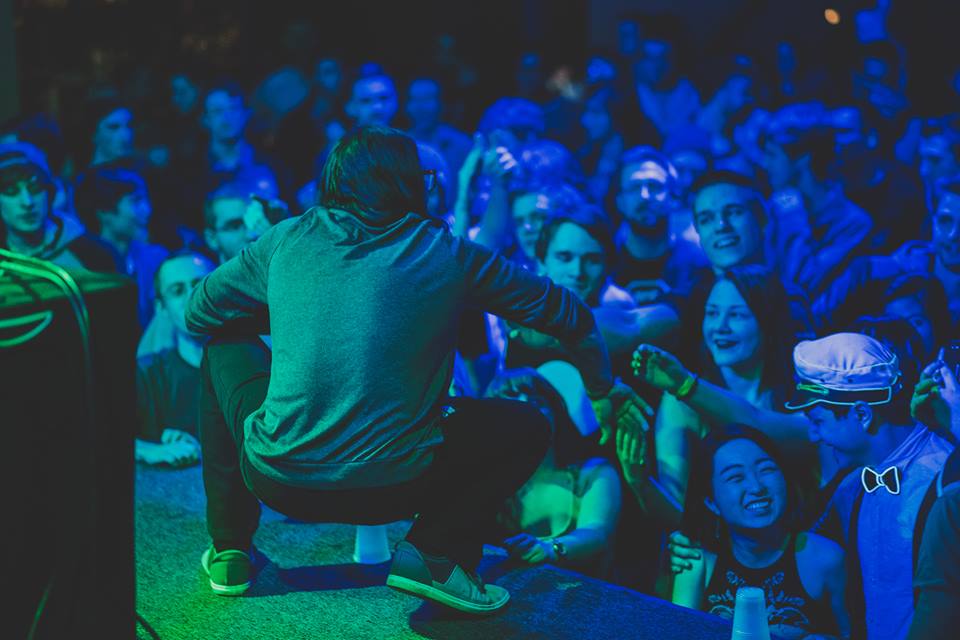 TSS: For the fans out there reading this, do you have anything you want to plug or say to them on personal? Any new releases we can look forward to?

Grabbitz: What’s up everybody! Thank you for listening and supporting my music. I have a lot of new music coming, a lot of big plans for live performances and I’m excited to have you all hear it and enjoy it with me.

TSS: Thank you for your time, it was amazing talking with you. Keep doing your thing because we love to see you do it.