#RUDIXGORGON Live Tour Coming to A City Near You 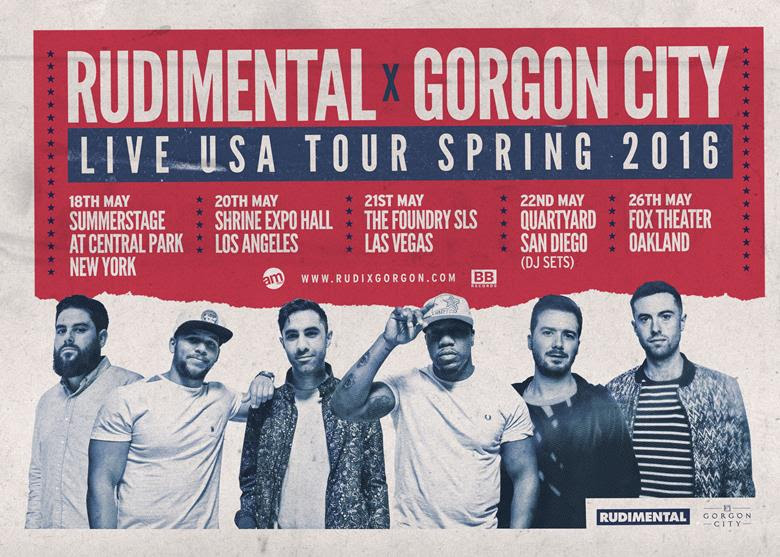 #RUDIXGORGON Live Tour Coming to A City Near You

HUGE NEWS from two of our favorite live acts. Gorgon City and Rudimental announced last week that they will be doing a cross country live tour starting this May. The #RUDIXGORGON tour will be taking on major cities including New York, Los Angeles, San Diego, Las Vegas and Oakland. The five-stop tour is unmissable (pun intended) – more info on the tour below and grab your tickets now at http://rudixgorgon.com/

It’s been a seminal couple of years for both Gorgon City and Rudimental, who have channeled their roots in London club culture to emerge as arena filling and chart topping live acts. From grimy London basement rooms to headlining NYC’s Central Park, it’s been a prodigious rise for two acts birthed in the UK’s underground electronic scene.

Rudimental and Gorgon City have toured the US extensively selling out venues for solo tours respectfully, and playing major festivals like Coachella, Lollapalooza and Governor’s Ball. The forthcoming tour will see both bands bring their full live experiences with them for an epic event not to be missed, reaching a new level in venue size, making for a double header that refutes the notion that contemporary dance music lacks musicality.

Rudimental pack up to 11 people on stage at any given time, with saxophonists, guitarists, drummers and stacks of synths, and have worked with vocalists as diverse as John Newman, Foxes, Bobby Womack and Ed Sheeran. Their single with Sheeran, ‘Lay It All On Me’ (Big Beat Records), sold 2 million copies worldwide and served as an internationally recognized crossover hit for the group.

While Gorgon City comprises a band of five when performing live, complete with founding members Kye Gibbon and Matt Robson-Scott on Keys and analog synths, a drummer and two incredible vocalists; LuLu James & Josh Barry. Each performance varies from the last due to constant improvisation during their inimitable ‘acid jams’ between crowd favorites from their accomplished discography.

Both closely associated with the tastemaking Black Butter Records, Rudimental have their roots in soul, funk & drum n bass, while Gorgon City’s influences draw heavily on their experiences in the garage, jungle and house scenes, but both acts, and Black Butter itself, have always sought to move beyond notions of genre conformity.