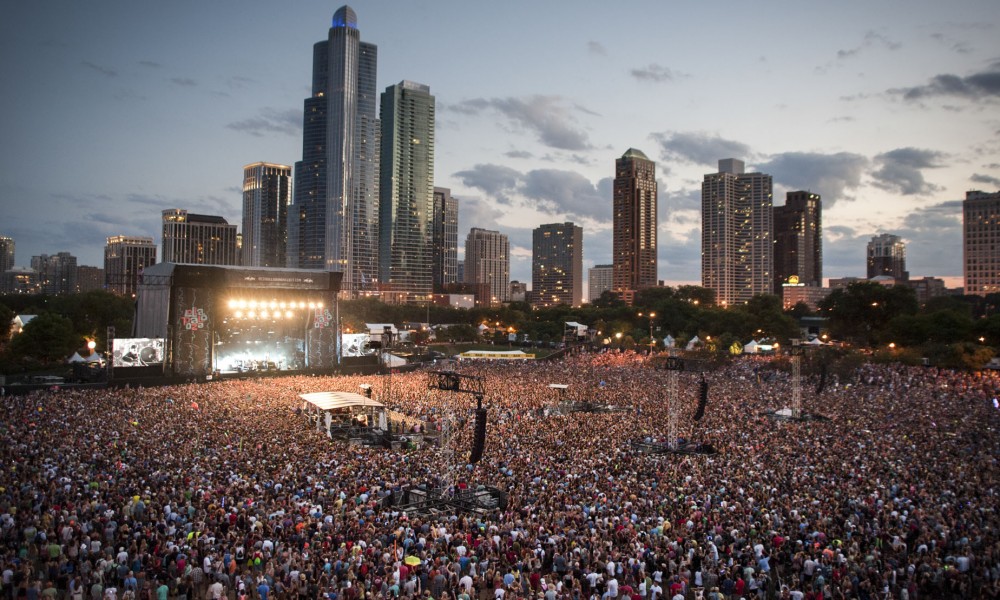 Lollapalooza mania began yesterday morning with tickets going on sale, and once again selling out in record time. And once the day was done we all knew the next would reveal a massive, four day, lineup full of the best the world has to offer in music. This year is the 25th anniversary of Lollapalooza and also the first time it will take place over a four day period. July 28-July 31 in Grant Park, Chicago.

This year features some AMAZING electronic acts. Major Lazer, Disclosure, and Flume return to Lollapalooza after a few years off of the festival. Hardwell is making his debut along with other artists like Zhu, Snails, Jauz, Marshmello and the local fan favorite Louis The Child. You can expect Mr. Carmack, Jackal, Yellow Claw, Grandtheft, Flosstradamus and Excision to throw down heavy sets while you can still boogie down with the biggest names in future/deep house with Oliver Heldens, Tchami, Duke Dumont and Don Diablo. Also we’re getting a good taste of funk for this go around including Big Gigantic, Griz, and Lettuce. Someone notable on this lineup is Skepta. As Grime starts to take over in 2016, the crowd for Skepta will likely be overflowing. While scanning up and down this list it seems like more and more artist names pop up and it’s almost impossible to have just one conversation about this lineup with how massive it is.

For those who were unable to get their 4-Day passes, the single day passes go on sale in about two and a half hours from now. Grab them while you can, this is one even you definitely won’t want to miss out on.