Check out the lineup sampler mix by Mikey Lion here:

What was once a renegade gathering in the barren Mojave Desert has evolved into a bi-yearly signifier of our journey around the sun, a portal to a loveswept existence, and an exposé of the House and Techno sounds of tomorrow. In accordance with their dedication to bringing international talent to a singular boutique environment Desert Hearts has assembled a stellar lineup for their April 1-4 festival.

The past year has proven fruitful for Desert Hearts with a string of massive dates for their roaming City Hearts parties including Brooklyn, Miami, Chicago, San Francisco, Washington, D.C., and Houston plus their sold out Maya Hearts Tulum New Year’s Eve extravaganza. Desert Hearts Records has also found its rhythm with standout releases by David Scuba and Dance Spirit, Tara Brooks, and of course Mikey Lion and Sabo’s breakout ‘Into The Jungle’ EP.

We Are All Desert Hearts. 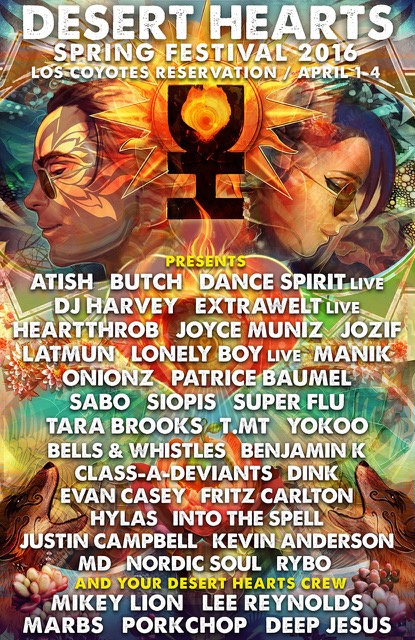