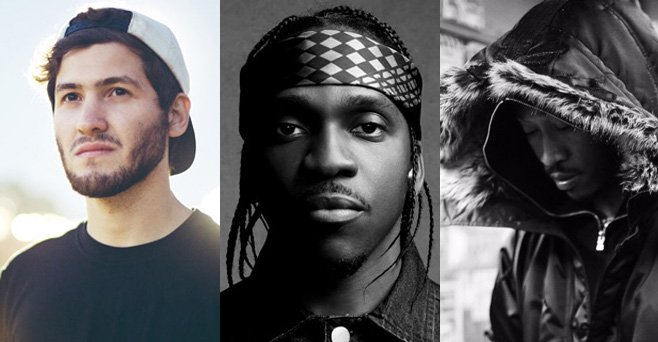 Baauer has always been extremely forwardthinking. With his “Searching For Sound” documentary via Red Bull we watched as he travelled the world and recorded sounds from different instruments being played in their place of origin. Today, he’s dropped a lyric video for his latest single titled “Kung Fu” featuring Pusha T and Future off his highly anticipated “Aa” album out March 18th. However, this lyric video isn’t like any others. The lyric video visually explores cityscapes at nighttime while screening the words in Arabic, Russian, and simplified Chinese. The underlying message being that the producer “Never really understood lyric videos.” The translator even told Baauer that “the song will be illegal to release in China.”

In addition to this video, Baauer has also released special fortune cookie packages that contain free “Kung Fu” downloads. These cookies can be found in New York City or London. The NYC supply can be found at Turntable Lab (120 E 7th St, New York, NY 10009), while the U.K. stash will be at Goodhood (151 Curtain Rd, London EC2A 3QE).