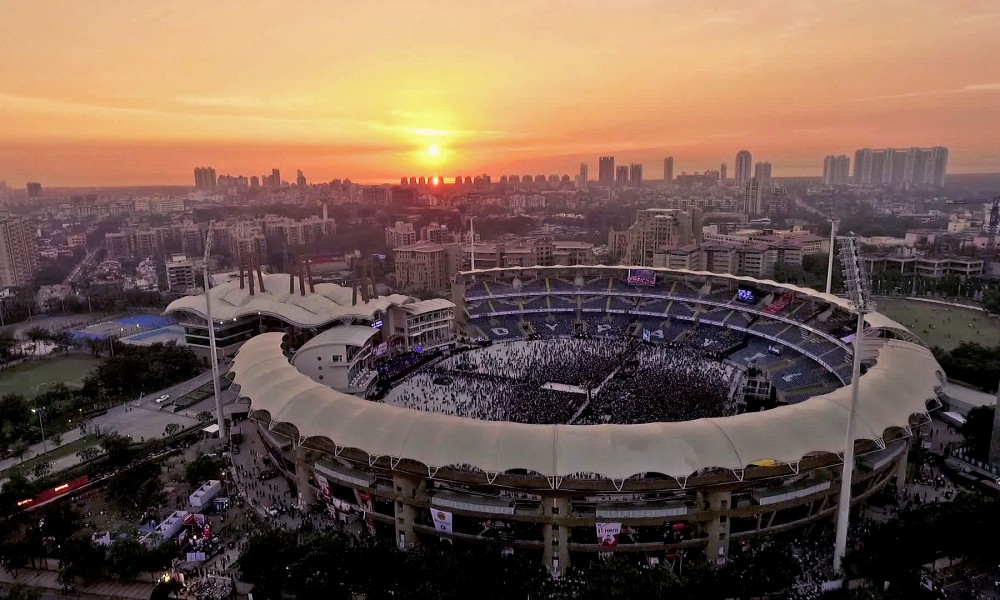 Few artists in all of music have been able to accomplish what Hardwell has been able to accomplish. Last December, Hardwell took over the D.Y. Patil Stadium for a record-breaking, “World’s Biggest Guest List” charity concert that aimed to provide education for 3,000 of India’s impoverished youth. Over 125,000 fans pre-registered for the chance to get a spot on Hardwell’s personal guest list, and over 70,000 fans joined him in Mumbai as he made history by generating enough money to help 18,000 children in India, six times his original goal.

Hardwell’s “World’s Biggest Guest List” event not only hoped to set a Guinness World Record for largest personal guest list, but it was also the first time an EDM artist was able to use their influence and stature to truly make a difference in the world, and the official aftermovie manages to capture this sentiment. The four-minute-video shows highlights of Hardwell’s performances and stunning aerial shots in between quotes from the Dutch DJ himself, as he explained where the idea of this charity concert came from. Watch the awesome aftermovie below.