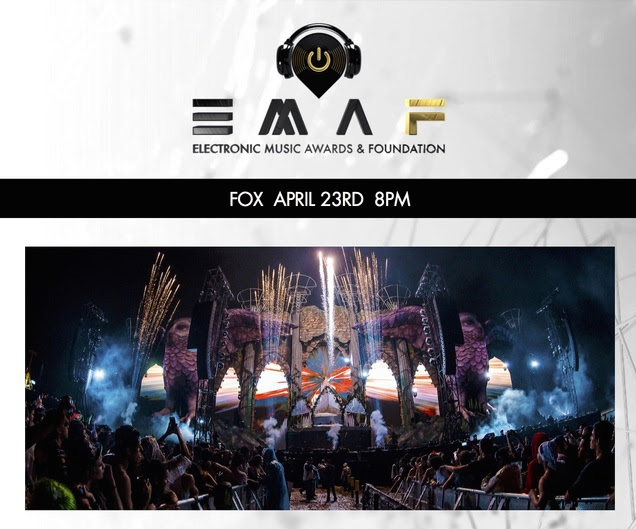 Exciting news out of Los Angeles this morning as nominations were announced for the inaugural Electronic Music Awards & Foundation show. This brand new presentation will take place April 14, 2016 at Los Angeles’ SLS Hotel. The show will later be televised on Saturday April 23, 2016 on FOX.

The debut of the Electronic Music Awards & Foundation (EMAF) will feature seven categories – Single of the Year, Album of the Year, Radio Show of the Year, Festival of the Year, DJ of the Year, Best New Artist and Best Club of the Year – and we have all the nominations listed below for you!

According to Paul Duddridge, of TV4 Entertainment and Executive Producer for the show, “The nominees reflect dance music trends on a global level bringing together DJs, producers, clubs and brands that represent a wide range of genres.” Besides featuring today’s top artists and creatives, EMAF will also honor the legends and visionaries that helped shape the electronic music genre.

With a red carpet, awards, interviews and live performances from today’s top acts, electronic music is certainly getting the Hollywood treatment. Check out the nominees and let us know who you think will win! 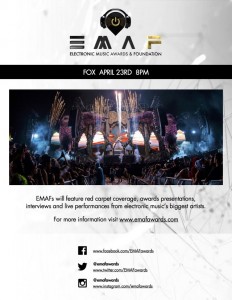