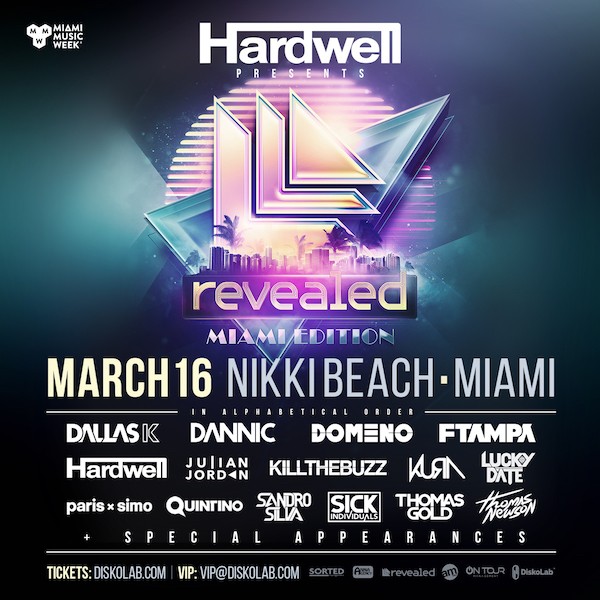 Miami has always been good to Hardwell, who not only built a loyal following with a stand-out performance at Ultra Music Festival in 2012 but also helped EDM take off to new, unprecedented heights with his signature big room style. While Hardwell’s week in Miami is typically capped with a headlining performance at Ultra, the Dutch superstar uses the week to his advantage by holding a Revealed Recordings showcase designed to exhibit brand new Revealed releases, in addition to the next slate of Revealed stars.

This year, the Revealed Recordings takeover promises to be the biggest and best yet, as over fifteen artists are slated to perform, including both Revealed backbones like Dannic and Hardwell himself and label newcomers like Kura and Domeno. The Revealed Takeover is slated to take place at Nikki Beach on 3/16, and tickets are moving fast, so get yours here and check out the full lineup below. 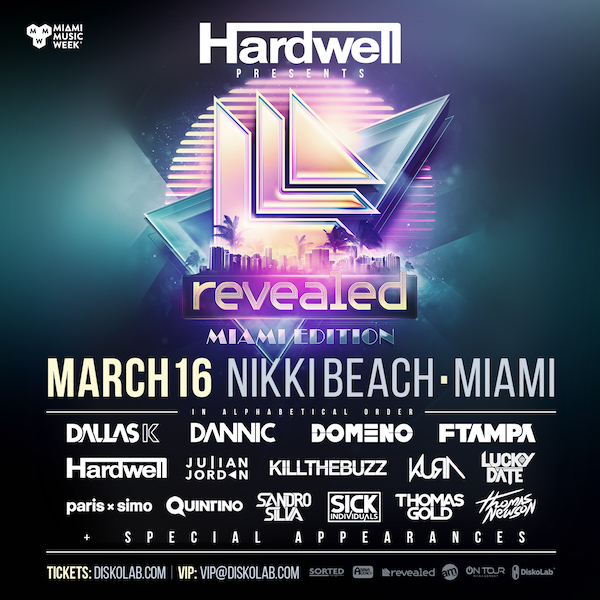