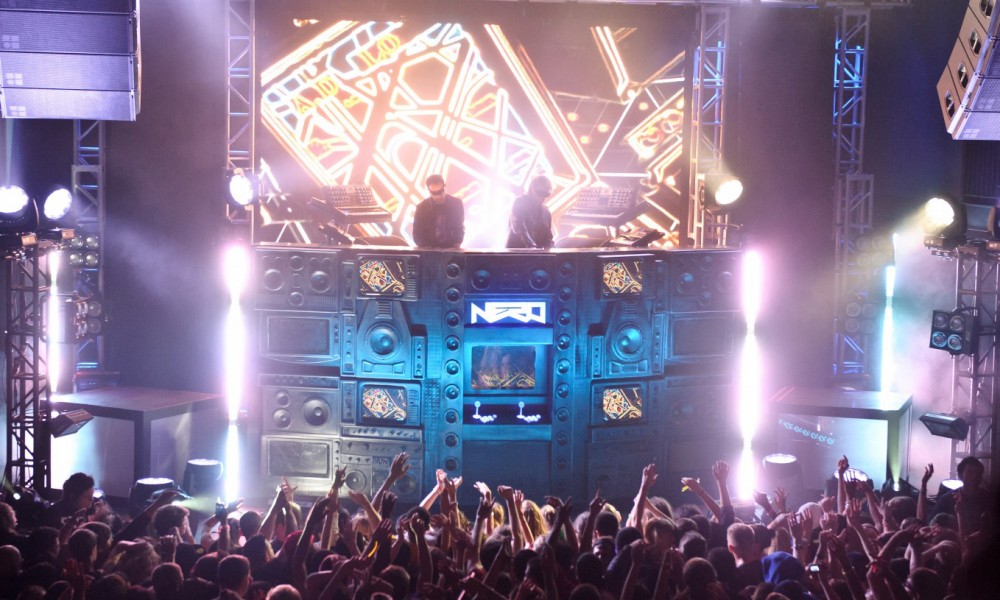 Electronic music triple-threat, NERO, has been on a worldwide tear since their release of their recent album Between II Worlds this past September. With inclusions of a new stage performance and tour the trio has been rocking stages, delivering power-packed performances from coast to coast, recently ending their UK leg of the tour in Brixton November 29th. With the embers of this tour still burning bright, the release of the “Into The Night” music video comes at a perfect time.
The animated short, spanning roughly four minutes of action packed story-telling depicts a dystopian future in which the motorcycle riding hero interacts with a dastardly club boss, robotic guards, and an electronic infused cityscape. Drawing upon classic anime stylings, the art direction of the piece is beautifully paired with the track backing. Directed by Markus Lundqvist and Dan Stephens (one half of the production side of NERO), the video is a must-see and the perfect sugar-coating to this memorable tour.