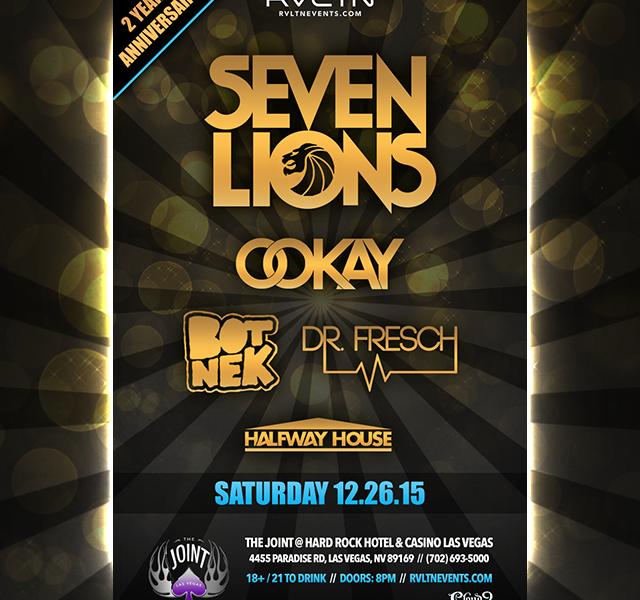 As Christmas is approaching us rapidly, it’s time to settle down with our families and enjoy the holidays. But what is one to do after Christmas, waiting patiently until New Year’s Eve and it’s parties rolls around? Luckily, one entertainment group in Las Vegas named Ravealation has the answer with one stacked event on December 26th! Their two-year anniversary party will be one for the books as acts such as Seven Lions, Ookay, botnek, and Dr. Fresch who will take the stage at The Joint at the famous Hard Rock Hotel & Casino!

We have TWO pairs of tickets to give away to the show courtesy of Ravealation, so enter below! Winner will be announced Christmas Day (December 25th) on our Twitter!

Win A Pair Of Tickets To See Knife Party, Oliver Heldens, Ephwurd And SNBRN At Pier 94 NYC
Enter To Win A Meet & Greet With Dada Life At Marquee NYC