[TSS Interview] We Sit Down With Moksi to Talk Bucket Hats, Barong Family, and More. 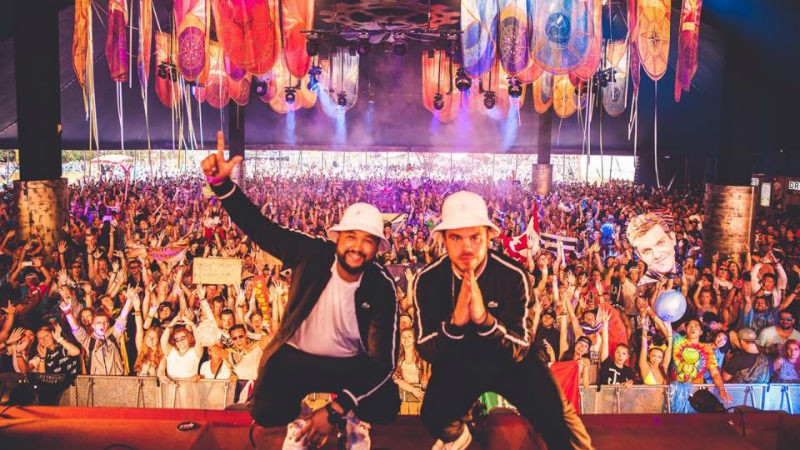 [TSS Interview] We Sit Down With Moksi to Talk Bucket Hats, Barong Family, and More.

Moksi, a name you might not be familiar with yet but that’s okay as they’ve only been around for less than a year but are already making their heavy mark in the dance scene. They’re a duo straight out of Amsterdam, currently signed to Yellow Claw’s “Barong Family” imprint, and are currently on tour with them. The duo consists of Samir and Diego, Samir prior to Moksi was producing under another alias which involved two releases on Hardwell’s “Revealed Recordings” label, and Diego was a MC which included performances at massive festivals. They already have released two EP’s, a handful of remixes as well as singles, and were just on BBC1’s Diplo & Friends with Diplo where they played an hour long set for the show. The craziest part of it all? It’s all be done within 8 months since their first release.

TSS: Where did the retro appearance come from for Moksi?

Samir: We were sitting around thinking one day with our management what could we do on stage to not look so basic you know? So they came up with the idea of “Just wear bucket hats and Lacoste tracksuits” and we were like “fuck it, let’s do it”.

TSS: How was the Moksi project created for you two and where did the name from?

Samir: We’ve known each other for about 9 or 10 years now. One day he was like “yo listen to this mix” and it turned out to be a AC Slater mix. So yeah, it was a mix from April 2013 which we listened to in his car and we were like “Holy shit this is so tight. Fuck it let’s do something like this”. We made one snippet of a song that was like 45 seconds long. Then one day Diego texted me that he was at Bizzey’s place (Bizzey from Yellow Claw) and said he was going to show him the snippet. 5 minutes later my phone rings and it’s Bizzey yelling on the phone saying “Make an EP! Make an EP!”.So we went into the studio, made an EP, and joined the Barong Family.

Diego: Moksi is a word in Suriname (South American country) that means mix. That’s how we chose the name.

TSS: How does it feel having so much rapid success since Moksi was formed?

Samir: Yeah it’s crazy. 8 months later, our first release was 8 months ago. Every show is like insane and everyone is yelling our name like we’ve been around for a while. Sometimes it’s uncomfortable like just now we went down to take a photo with fan and like 20-30 people just all came up to us. It’s very overwhelming. We’re really grateful for it all.

TSS: If you had to describe your sound to someone, how would you describe it?

TSS: What can we expect from Moksi in the new year which is around the corner?

Samir: Well first thing that is coming is a remix we did for Hardwell for “Mad World” which is coming on Revealed the fourth of January and then after that is another EP. We also have that Dillon Francis and Kill The Noise remix we played tonight.

Diego: A lot of collabs, remixes, and we’re working on a single. We don’t know when exactly they’ll release because of labels but they are coming. We’re putting out a lot of material.