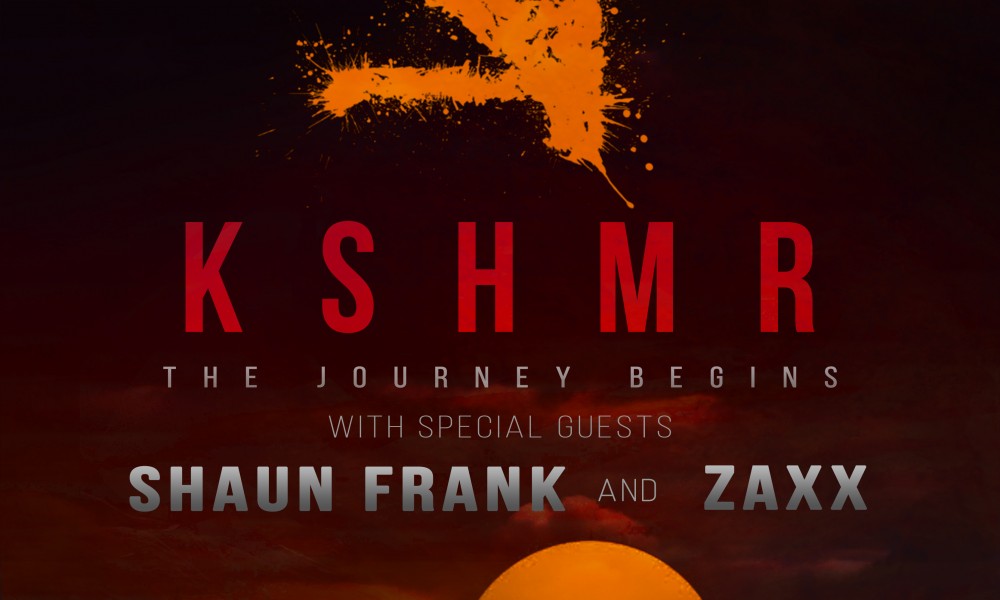 There has been a lot of hype around the 26-year-old California-based producer as of late thanks to his stellar productions, but it is not time for KSHMR to hit the road.

Following his live show debut last month at The Fonda Theatre in Los Angeles, the next stop on his tour is New York City. While his November 28th show at Webster Hall has been announced for some time now, Webster has just announced the attention of a second show due to overwhelming demand. The KSHMR hype is real and the people have spoken. Two shows in one day, talk about making quite a first impression.

The first show will start at 8 pm (+16) while the second (+19) starts up around midnight. Show times may be different but support will remain the same featuring Shaun Frank and ZAXX. Tickets are going fast (hence why the added a second show) so be sure to act now before its too late!