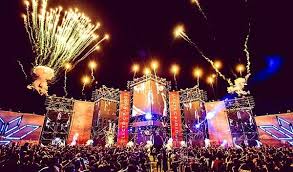 Just when we thought festival season was over and there were a few months to recover and recharge our batteries, Electric Paradise dropped this gem of a lineup on us that has us amazed. The Caribbean-based festival is still in its nascency, as this year marks only the second year of the festival’s existence, but they’re pulling out all the stops with a multi-genre lineup spread across multiple stages, all taking place on the shores of Punta Cana to create an all-around festival experience that is unmatched in Central America.

While other amenities at a festival are great, the musical programming is one of the most important aspects, and Electric Paradise has one of the most impressive lineups that we’ve seen this festival season. Headliners like Major Lazer, Skrillex, Nicolas Jaar, and Porter Robinson will be joined by new additions like Martin Garrix and Anna Lunoe, while the underground will be represented well at Stage 3 with Hot Since 82, Guy Gerber, Mathew Jonson, and more. Electric Paradise will also welcome Caribbean natives like Lash, Joseant, and Cha Cha for a little bit of added hometown flair. The complete Electric Paradise lineup is below, so check it out, and get your tickets here before they sell out. 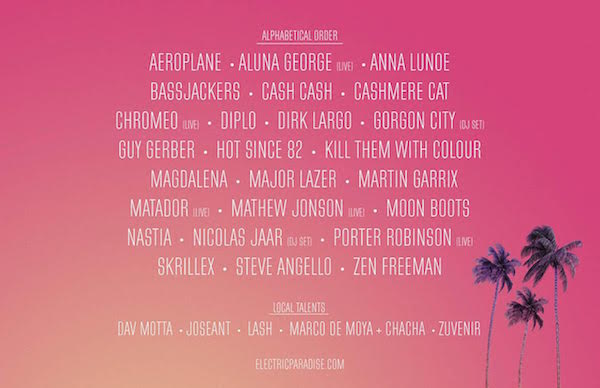