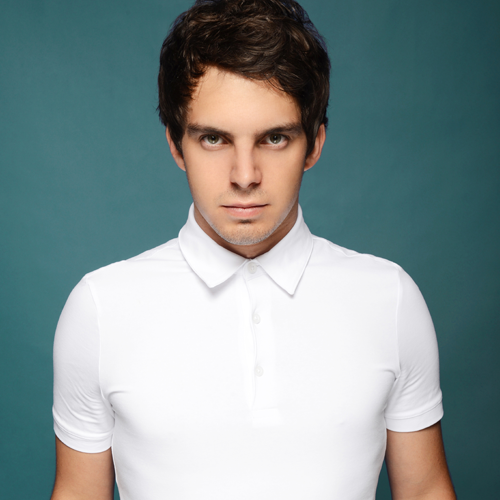 French producer Arno Cost hosted an event for ADE called “When in Paris”. With artists such as Nicky Romero, Norman Doray, Gregor Salto, NEW_ID, Hard Rock Sofa and Kryder it was sure an unforgettable night. So unforgettable, that Arno Cost was inspired by the event and produced a track called “Return”. It’s such a happy, cool vibe with a kickass synth to go along with. Include a melody, drums, percussion, bass and a kick plus that Arno Cost touch and this track simply stands out. That melody was very lovely, also the beat that kept the track going. Not only that, Arno has chosen to make this a free download. It’s such a great gem of a track. Also I had the opportunity to interview Arno Cost on a few things!

TSS: Your latest release “Return” is a fantastic dance track that seriously makes me smile at how great the production is behind it. Can you get in depth with how you started your idea and created it into “Return”?

Arno: I really got inspired by the two ‘When In Paris’ events I organised in September and October. The first edition, the launch, took place in a very cool venue in Paris. It was in a club in a big historical palace called ‘Palais de Tokyo’. I invited Kryder, Norman Doray, Hard Rock Sofa and more friends to play alongside me, and give my fans in Paris the night of their life. It turned out in a really cool club event where house and groovy music owned the night. The same for the second edition during ADE in Amsterdam; I hosted the second room of Protocol Recordings’ label night. These two events inspired me to make a melodic club track. So I got in the studio started on crating some piano and violin loops and ‘Return’ was born.

TSS: What can we expect from you in the future in terms of music and touring?

TSS: What else do you want to do with “When in Paris”? Perhaps include a forum for other producers to come and share their House grooves?

Arno: I want to build the ‘When In Paris’ concept to a lifestyle movement. This can be translated in all kinds of outlets, including maybe a Forum yes :). Though I want to build it step by step, and not start all kinds of initiatives under this name yet. First I want to focus on bringing the radio show to more stations, organise more events in cities around the world, and build the When In Paris website as a blog where we share news about Paris, and music I like :). Then the next step is launching a record label!

TSS: What are some of your favorite songs (Whatever genre they may be) at the moment?

All beautiful in their own ways!

TSS: I hope you and your loved ones were ok during the night of the Paris attacks.

Arno: Yeah it’s terrible, my thoughts go out to all the victims and their family. I don’t want to spend too many words on this, let’s focus on the positive things the world brings us!