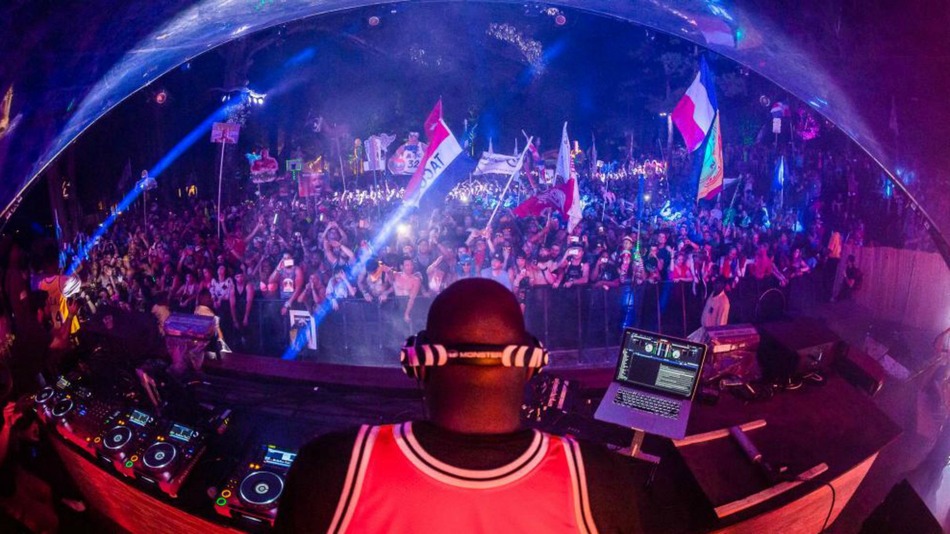 When TomorrowWorld dropped their 2015 lineup, and Shaq AK DJ Diesel was one of the artists slated to play the festival, it took the entire world by surprise. However, if you asked Shaq, it wouldn’t come as a surprise at all, because after all, O’Neal has always been, and will always be, a performer.

O’Neal’s story starts when he was a young child in New Jersey who was raised by a strict stepfather who wanted O’Neal to make something of his life. It was clear that basketball was the path for O’Neal, who reached 6’0″ by the time he was 13, but growing up, music had always played a big role in his life. The very first concert he attended was a Public Enemy show in San Antonio in 1986, and unlike the rest of the crowd, who were enamored by the artists, O’Neal was entranced by Terminator X, the group’s DJ. O’Neal yearned the glory of spinning tracks in front of thousands of fans, and as a kid, he bought a mixer and a set of turntables from a local pawn shop to start practicing and laying the roots for his DJ career.

Eventually, O’Neal went on to play college basketball at LSU before being drafted 1st overall by the Orlando Magic. Even as an integral member of the magic, O’Neal dabbled in entertainment, being signed to a record contract and putting out a few rap records with the likes of Nas, Jay-Z, and The Notorious B.I.G. After O’Neal was traded to the Lakers, he shelved his hobbies in entertainment and went on to win 4 NBA championships before retiring in 2011.

With the basketball chapter of his life over, O’Neal attended TomorrowWorld last year, and was amazed by the energy and magic of the crowd – drawing comparisons between TomorrowWorld and winning an NBA championship. As he was on his way out of the festival, he expressed interest in playing the festival this year, sent over a sample mix, and was eventually booked.

Minutes before Shaq’s primetime set at TomorrowWorld this year, a sizable crowd had already formed in front of the stage, as festival-goers were eager to see what DJ Diesel would deliver – and they would not be disappointed. As the towering ex-NBA player took the stage to chants of his name, he showed off his DJ prowess as he weaved together trap and hip-hop, not afraid to drop crowd pleasers like Waka Flocka Flame’s “Hard In Da Paint.” As his set came to an end, everyone was in agreement – Shaq’s DJ career is no joke.

You can read the rest of Shaq’s story on VICE Sports here.