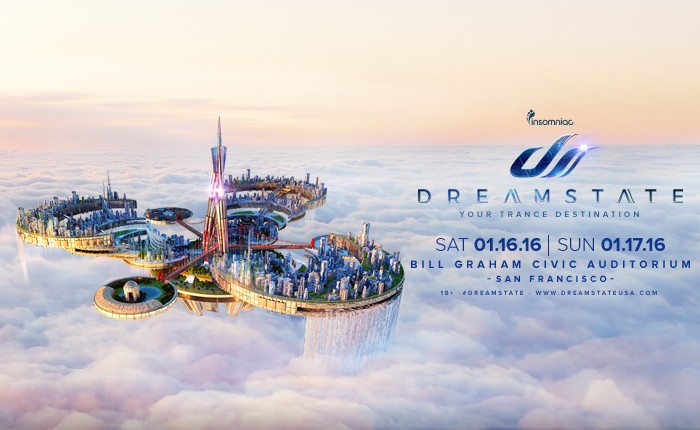 With the overwhelming demand for Insomniac’s inaugural trance exclusive festival Dreamstate happening in southern California next month, and tickets selling out in mere hours, they just had to make plans for another one. Well coming on January 16 and 17 is their second installment of Dreamstate happening in San Francisco’s Bill Graham Civic Auditorium and they have a stellar lineup to go with it.

Last week they began announcing the lineup in pairs as they did for the first Dreamstate and they started off big with Gareth Emery (who said he will be playing a throwback trance set) and Solarstone as the initial artists. Other big names include Markus Schulz, Cosmic Gate, Paul Oakenfield, and Paul Van Dyk among others. There are also lesser known names included such as Neptune Project, Vini Vici, and RAM. Overall the lineup Insomniac has put together is very diverse and covers all the bases of trance.

Early-access tickets went on sale today and are already sold out with the general sale starting tomorrow, October 14, at noon Pacific time. This is an event you will not want to miss out on so make sure you grab your tickets early as this will likely sell out quickly as the SoCal one did. So set your alarms, grab your tickets if you haven’t already, and prepare to go to trance heaven this January! 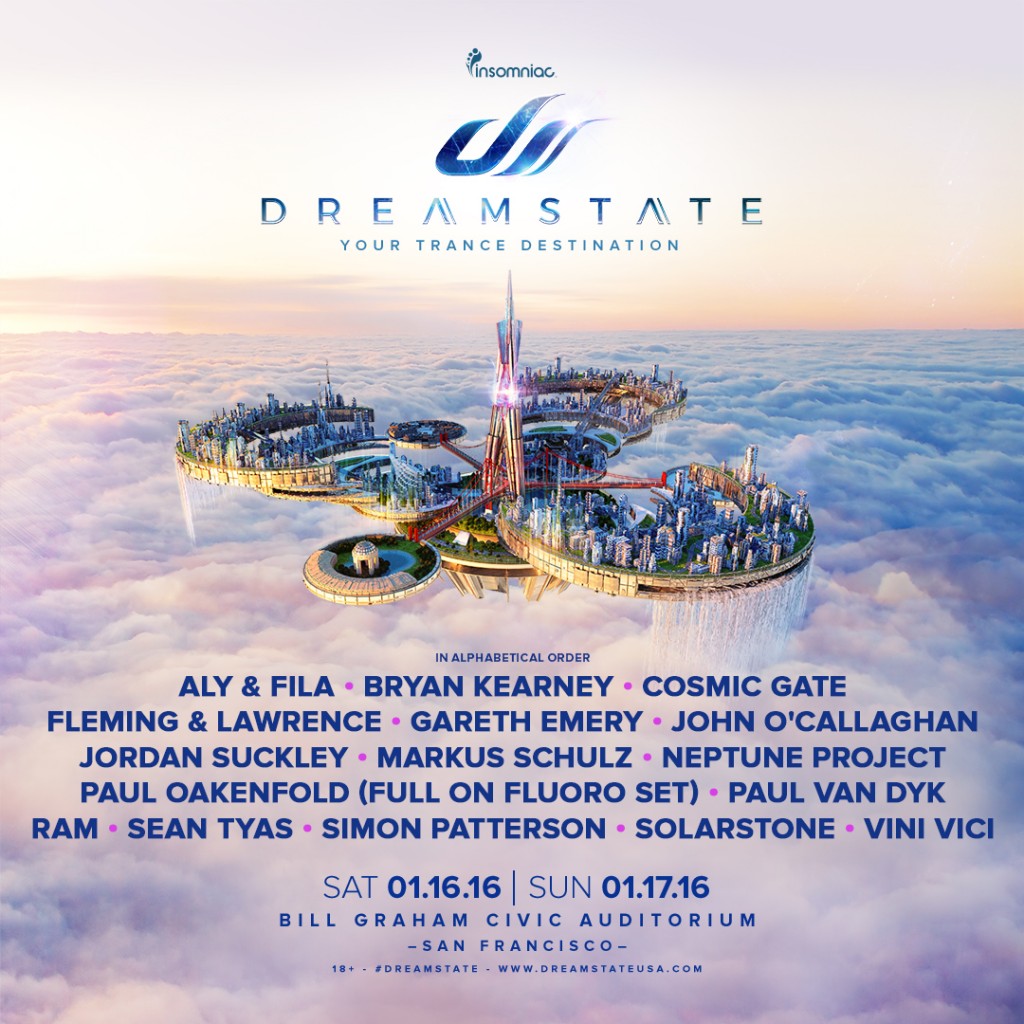