Hardwell Teams Up With Armin Van Buuren For “Off The Hook” 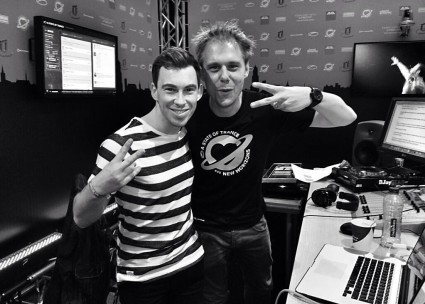 Hardwell Teams Up With Armin Van Buuren For “Off The Hook”

What do you get when you put together the best two artists in the world? A tune so big that it will dominate festival seasons for years to come. Two years ago, no one would have guessed that the then-number 1 DJ in the world, Armin Van Buuren, would collaborate with his usurper, the two-time #1 DJ in the world, Hardwell, but today, they’ve released their official collaboration titled “Off The Hook.”

Any time you bring together two superstars, the results are massive, and “Off The Hook” is no different. Stabbing synths slowly build anticipation before Hardwell and Armin peel back the curtain a drop characterized by Hardwell’s signature big, thumping kicks and tempo’ed-up synth melody. Hardwell and Armin Van Buuren’s collaboration is out now on Beatport, and you can buy it here.