My Mom Loved This Lost Kings Interview And So Will You 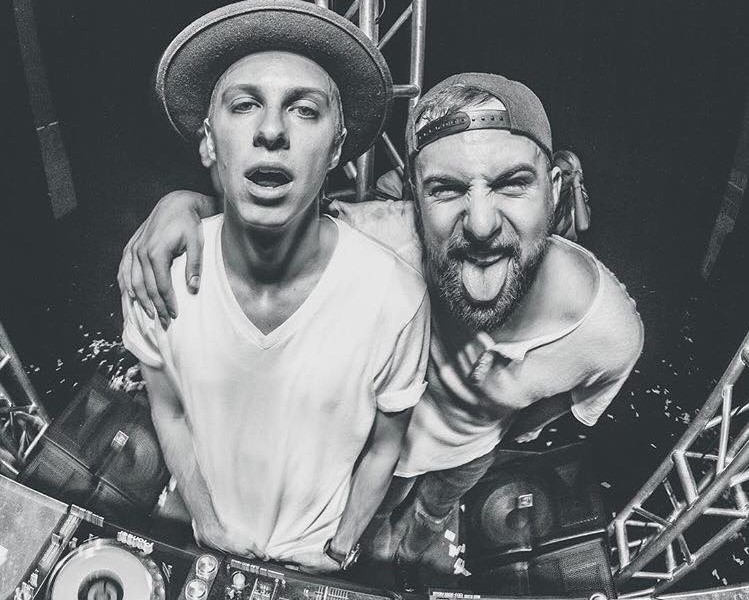 My Mom Loved This Lost Kings Interview And So Will You

After spending a week in and out of studios throughout Los Angeles I have discovered something. The City of Angels is filled with travelers who trade comfortability for an opportunity. An opportunity that presents itself only to those who are willing to see it. The majority of these travelers are only passing through but Lost Kings have settled in and are on the path to worldwide stardom. If you are a frequent follower of our site you will know that Lost Kings are a staple in our rotation due to their ability to make you happy with their melodic masterpieces. Whether it is the big pianos or sensual synths these guys have the secret ingredient that has been heard over 15 million times since their inception. I met up with Rob Gainley and Dr. No in their LA studio to talk about their upcoming EP, life without music, Los Angeles hotspots, and more. Enjoy!

TSS: What is the craziest thing a fan has requested while on tour?

LK: I think the craziest thing because it would never happen in a million years was someone requested pitbull. No, just no.

TSS: You have released ten remixes in last six months with nine of them in the last three months alone. What do you do to keep on track besides quality running shoes?

LK: We produce in a small box… All we do is eat sleep and make music. Nowadays you really have to keep on top of releases to stay relevant so we like to continually give back to our fans by flooding their ears with our music.

TSS: After being in LA for the past week I have noticed that almost everybody has a place they go for inspiration. Do you have a creative hotspot?

LK: Nick’s apartment. I think that is the hardest thing because we are always here. We get inspired from a lot of different outside sources such as when we travel, new music that gets released, etc. We have the clubs we enjoy going to like create, but I would say we get more motivated to keep making music by going out in LA rather than being inspired.

TSS: If you were on a plane where the left engine lost power mid-flight who would you rather have as your pilot. A drunk Tom Cruise or Denzel Washington?

LK: Denzel. He’s just the man. Don’t get me wrong I like Tom Cruise but Denzel is Denzel.

TSS: What is the most memorable gift you have received from your fans?

LK: Gotten some cool tshirts, some bracelets. But probably some artwork this kid did, that was sick!

TSS: Your remixes have been supported from almost every possible online outlet. You have hinted several times at an all original EP being close to finished. Who is involved with this project and what can you tell us about it?

LK: The EP has 3 tracks in total that we think highlight our production abilities while staying true to our sound. All three tracks have vocals from three incredible singers. The lead single, “Bad”, features Jessame (pronounced Jess-a-may). It’s a huge record that we cannot wait to play live. The second single features Katelyn Tarver who people may remember from her successful “Weekend Millionaires” single. This one will be more pop than the others. A pop-fusion if you will. The final single we are going to keep a secret until the EP releases. The EP has something for everybody and we can’t wait to release it.

TSS: If you weren’t producing music and touring what would you be doing instead?

Nick: Nothing, all I’ve ever known is music.. All my eggs are in one basket
Rob: Before I had met Nick, I just started a 9-5 in radio. But now I can never see myself at a desk, I don’t know what I would be doing.

TSS: Every day creators and innovators land in LA hoping the stars will align for them. What are some locations around the city you would recommend?

LK: Echi sushi in West Hollywood is a great spot that plays BPM. Actually we heard our music for the first time while eating lunch there. Bludso’s BBQ has great food that we definitely recommend. Ramen noodles is always an option. Deciding on where we are going to eat is always the question of the day.

TSS: One year ago you guys were relatively unknown. Now you are one of the breakout acts of 2015. What do you account to your success besides Rob’s beard?

LK: It comes down to the work we put in. When we first got started we worked 8:30 to 5:30 every day. Then we would come home and work on music. Every single day. A lot of people say they want to do something but they aren’t willing to put in the time to see it through. Our music is good vibes that a lot of people can connect with. We try to make something people can listen to anywhere. A universal sound that can be enjoyed whether people are in their car, working out, at a club, or pregame.

TSS: What advice would you give to aspiring producers and DJs looking to make music their career?

LK: Put in the work. If you want it bad enough you have to sacrifice a lot to be successful.