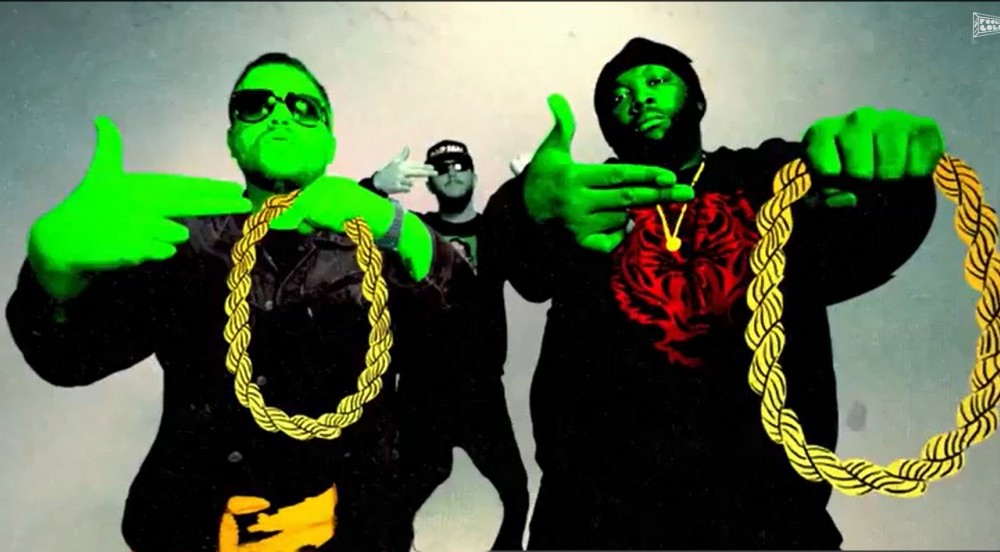 Since their teaser announcement for the sale of a “Meow the Jewels Package” following their release of Run the Jewels II, the project has been eagerly awaited by the music community. Rappers El-P and Killer Mike agreed to create the project after a Kickstarter was formed, raising nearly $40,000 to persuade them to create the album, with all proceeds going to charity. Gaining an already prevalent fan-base from their first two albums and their larger-than-life performances while on tour, the knowledge that Meow The Jewels has finally been compiled and is ready for mastering comes as incredible news. With their next stop at Reading Festival in the United Kingdom, hopefully festival-goers will get a preview of some of the upcoming project, especially with the new Just Blaze track having been completed. 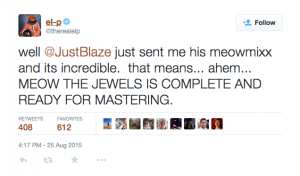