My new album AUTOMATIC pre-sale begins 08/21. Tix for the AUTOMATIC TOUR go on sale 08/21.Buy 1 get 1.1 Tour Ticket = 1 DL of album when it is released.11 days to make your plans - get on that!Sign up to receive a special pre-sale code here:www.kaskademusic.com

Saying it’s been a big past month for Kaskade is an understatement. First he released “Disarm You,” an upcoming single from his new album that he later announced titled “Automatic” which will be his 12th studio album.

Yesterday he announced his ‘Automatic’ tour which will be making 17 stops around the US and Canada starting in Denver on October 1. That’s not all. If you purchase a tour ticket you also get a free download of his album to sweeten the deal! The album will be released on September 25 with tour tickets and album pre-sale starting August 21 but you can sign up to receive a pre-sale code for tour tickets here and that will occur on August 19. These tickets will be a hot commodity so make sure to grab that pre-sale code to ensure you get your tickets for the lowest price along with that album download.

So prepare yourselves for “Automatic” which will inevitably be great by listening to “Disarm You” and “Call My Name” (which didn’t make the final album cut but is available for free download!) down below and by signing up for that pre-sale code. You can also find all the tour dates below as well. 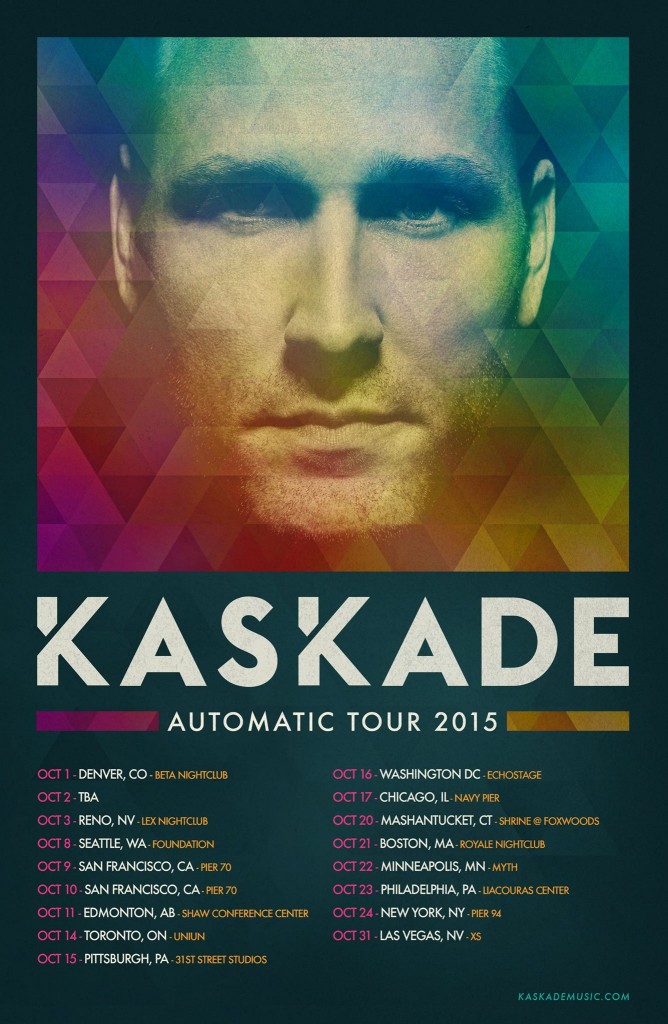