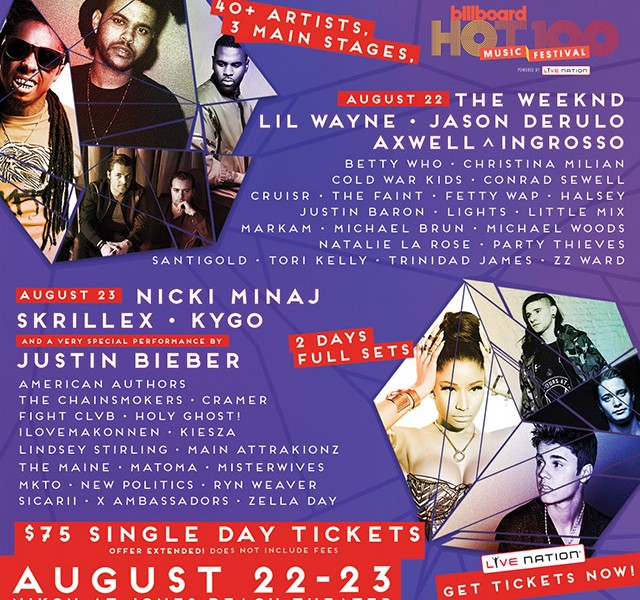 The music behemoth, Billboard, is about to have one of its biggest weekends yet, as they host their first Hot 100 festival featuring more than 40 acts across all genres on three stages at Nikon at the Jones Beach Theater in New York. With the lineup featuring the likes of Skrillex, Axwell /\ Ingrosso, Kygo, Cold War Kids, Lil Wayne, The Weeknd, and many more, the festival already boasts a legendary roster of talent, but they’ve gone one step further by inviting Conrad & Zella Day, Tori Kelly, Trinidad James, and rising DJ/producer Sicarii. To say it’s going to be an epic two day weekend is putting it lightly, so if you’re putting together some last minute plans, buy tickets here and celebrate with Sicarii’s remix of SomeKindaWonderful below.