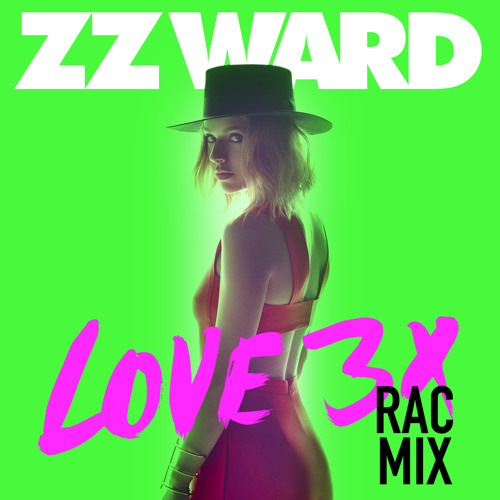 Nothing that ZZ Ward does is quiet or hushed, rather, the pop star wears her emotions on her sleeve, and she has an undeniable spunk about her. Her single, “365 Days,” off of her debut album, Til The Casket Drops, had the entire music industry buzzing, and now, the singer-songwriter is ready to present her follow-up effort to her stunning debut, This Means War.

The first single off the album is a catchy pop anthem titled, “LOVE 3X,” and it’s gotten the remix treatment by some of the best producers in the business. The first remix to be unveiled is by indie-pop serial remixer, RAC, who has taken his remix in a surprisingly different direction than his typical efforts. Rather than infuse the track with his signature house style, RAC has taken the sing-along nature of “LOVE 3X” and gone one step further, layering together fluttering bass and subtle synth work to give the track just the right tinge of electronic to make it pop.