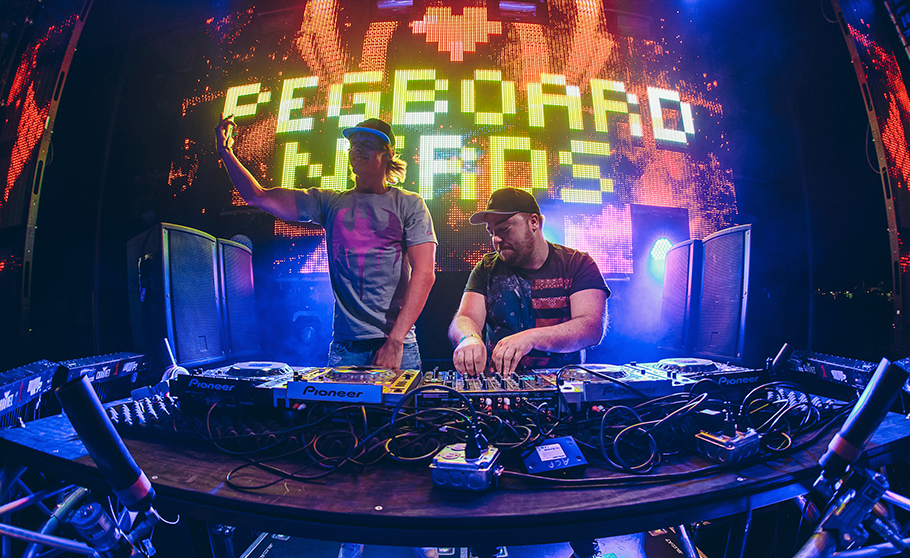 Alexander Odden and Michael Parsberg, aka Pegboard Nerds are quite literally at the forefront of dance music, both on a production and innovative standpoint. Grown from simply an idea into one of, if not the biggest genre crushing duo around. They never cease to amaze, with each and every release dwarfing the last they are simply game changers.

Alex and Michael just finished the Australian and New Zealand leg of their tour. I had the very lucky opportunity to sit for dinner with the two and talk about Pegboard Nerds upcoming music and the work they’re doing on Krewella’s forthcoming album. They are two of the most knowledgable and down-to-earth people I’ve ever met, and I learned a lot.

Describe a day in the life of Pegboard Nerds.

A: A day in the life of Pegboard Nerds can be anything because we live in different countries, Michael lives in Denmark, I live In Norway and we each have our own families. We get in the studio, either separately or together, depending on where we are in the world. If we are touring we’ll make as much music as we can, in whatever hotel we’re staying at.

Are you happy making music on the road then?

M: It’s definitely not as ideal as a full studio, but that’s a challenge we deal with as best we can.
A: It’s something we had to adapt to. We’ve moved our physical studios onto our laptops, to be able to make music on the road. Because your music is your business card so if you’re touring for 5 months and don’t make any music, it’s a downward spiral.

Who was you childhood hero?

So did you like the new Turtles movie then?

A: Yeah I liked it, it was cool.
M: It was alright. Personally I like the older stuff better, but also you have these memories that are soldered into your brain.
A: It’s what you grew up on, so if the movie of today was what you grew up with then that would be the greatest thing. It’s about a state of mind and where you are. I mean the music you hear when your 9, 10, 11, that’s the stuff that stays with you for the rest of your life. 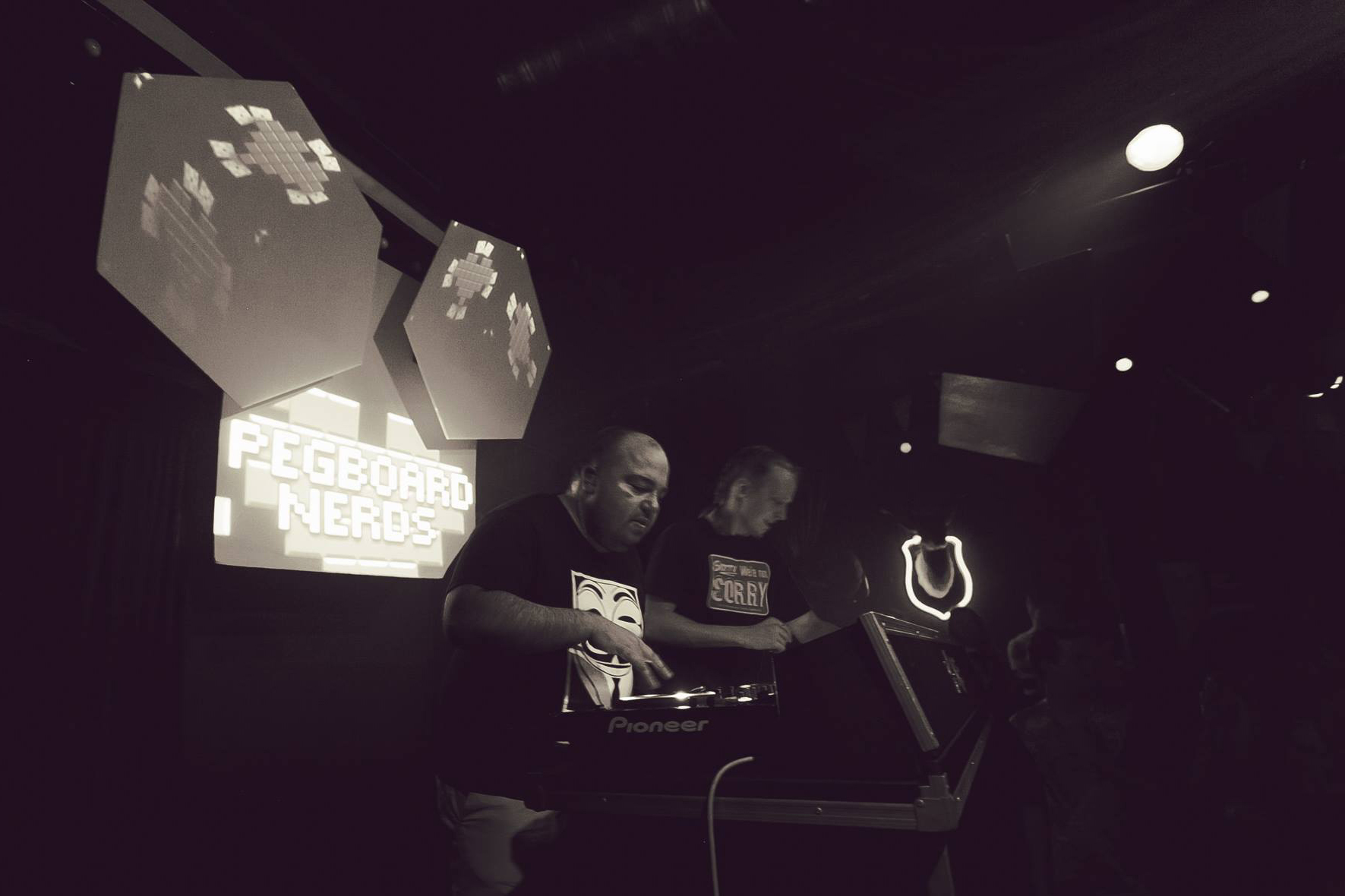 What music were you listening to as kids?

So what do you think of The Prodigy and Chemical Brothers new music?

M: You know the thing is, it sounds exactly like it did back then, which is a good and a bad thing, because they can’t overdo what they did back then in that sound. I like it, I still prefer the old stuff, but again that the memories.
A: I personally don’t think it sounds the same actually, It sounds more trashy, more blatant somehow. But like Michael said, it’s the same thing going on where you’re so attached to the older music.

As far as making your own music, are you more influenced on what you gre up with or what’s current?

M: I think it’s a little bit of everything. Of course you have references to what you know from back then and what you’ve grown up on, and have been listening to and been inspired by. But obviously new music is an inspiration too. It could be anything that surrounds you, movies or art.
A: You’re definitely a sum of all your experiences including all the stuff you’ve made yourself. It’s constantly evolving, some things are ingrained in you; other things are more shifting like your taste at any given time.

Who’s music are you listening to right now, is there anyone to keep an eye out for?

M: It’s difficult to say what to look out for. We try to listen to a lot of music, but being on the road it’s not easy to catch it all. I could mention a lot of people that I like but for my part I can’t say that’s going to be the next big thing. You can spend hours on Soundcloud looking for new music, there’s a lot of good stuff but also there is a lot of not so good stuff.
A: Obviously we are big fans of Knife Party, Skrillex and Mat Zo and all these already established guys. But I recently just checked out Lido and Cashmere Cat, I’m liking that super melodic, technical stuff.

So you’ve just remixed Nicky Romero’s “Warriors”, it’s fresh but different to your usual sound, tell us about that?

A: Thank You! It was kinda funny because the end product wasn’t like that up until the final day. It was a remix we had to do on a super tight deadline, we were passing ideas back and forth and it was very frantic. It was a straight electro banger up to the day of delivery and we changed all the drums into a kinda two-step garage type of vibe.
M: Also, we always try not to do the same thing we’ve done before. We challenge ourselves to push the boundaries, because if we just did another dubstep, another drumstep, another moombah or whatever it’s just something that’s been done before.
A: It’s gonna piss people off.
M: Yeah it’s going to piss a lot of fans off, “oooh where’s the classic Pegboard Nerds”. But the thing is there has never been a classic Pegboard Nerds, we just started off doing that and you change, maybe we’ll come back.
A: Our last single “Try This” was drumstep and closer to our so-called roots.
M: This new remix is a two-step house hybrid and our next single “Swamp Thing” is like banjo breaks meets Melbourne trap.

You’ve been in the business a long time so there is a lot to know about you two; tell us something we don’t know.

M: Well one thing, Alex almost got an internship with Above & Beyond 12 years ago, but he turned it down because he fell in love.
A: And no, we’re not together today so you live and you learn. What I learnt from that is that you should do what you want to do. I know that sounds very vague, but I kinda wish I just did it.
M: BUT If he’d done that then maybe Pegboard Nerds wouldn’t exist and we wouldn’t be sitting here today. Sometimes things happen for a reason.

M: It’s been a long ride, because of traveling back and forth we don’t have three months to just say “lets do it”. It’s week here, a week there; they travel, we travel. Sometimes we need to get into the zone, and that can be difficult when it’s on and off all the time. But it’s been fun, they’re great girls, very talented.

So theres some interesting music on the way?

M: Yeah, I think it’s different to what they’re used to doing.
A: It’s a challenge for us and for them. Some of the tunes they’re writing from scratch while we’re in the room, and we’ll simultaneously try and come up with something. There’s a vibing off each other type of thing going on, which is interesting. It’s been a new experience for us.
M: We learned a lot, about what to do and what not to do. 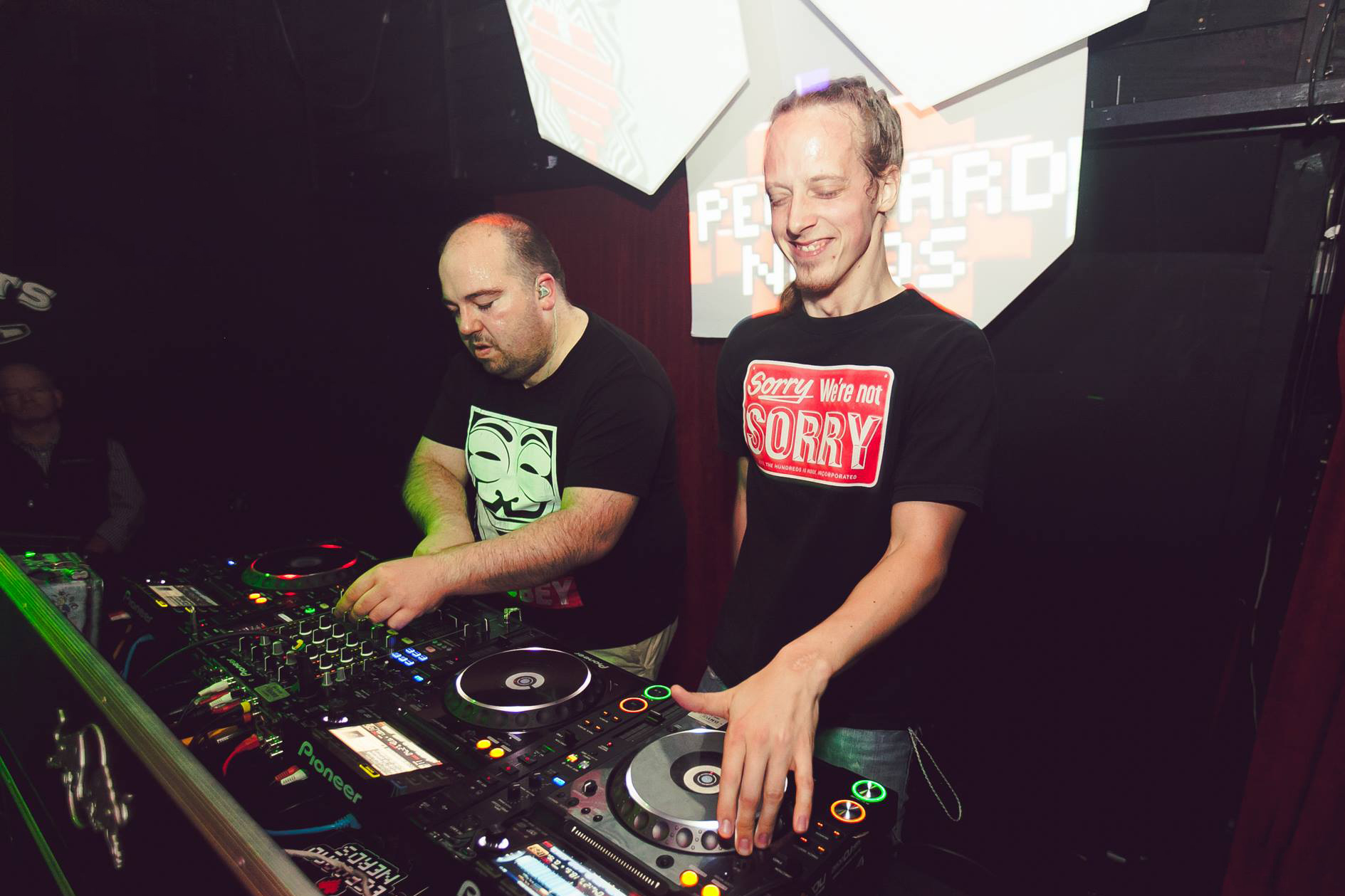 Also I’ve heard rumours of a collaboration in the works including one with MUST DIE!?

M: I think thats going to have to stay a rumor. Of course when we’re on tour we talk about it with him. But we are constantly talking to fellow dj’s and producers about collaborating.
A: Its not always that it comes to fruition.

Is there anyone you’d really Like to work with then?

A: A funny thing about collaborations, is that people you admire and want to work with aren’t always the best match. Then again some unlikely people turn out to be perfect.

Speaking about collabs, tell us about your partnership with Electric Family and The Joyful Heart Foundation.

A: It’s been great, we went and did the Do Good program in LA where we painted a school mural. It was primarily a Krewella thing, but we just joined in.
M: And took over. (laughs)
M: Electric Family guys are great guys who are doing a lot of good, and the whole concept of donating to a specific cause is nice.

Lastly what can we expect to see over the next year?

M: Because we don’t even know ourselves. Of course a lot of new music. We have some interesting tracks in the works all the time, but we never really know what’s going to be next. There is an EP coming, which is a bit different to what we normally do; there’s one track where Alex is singing.