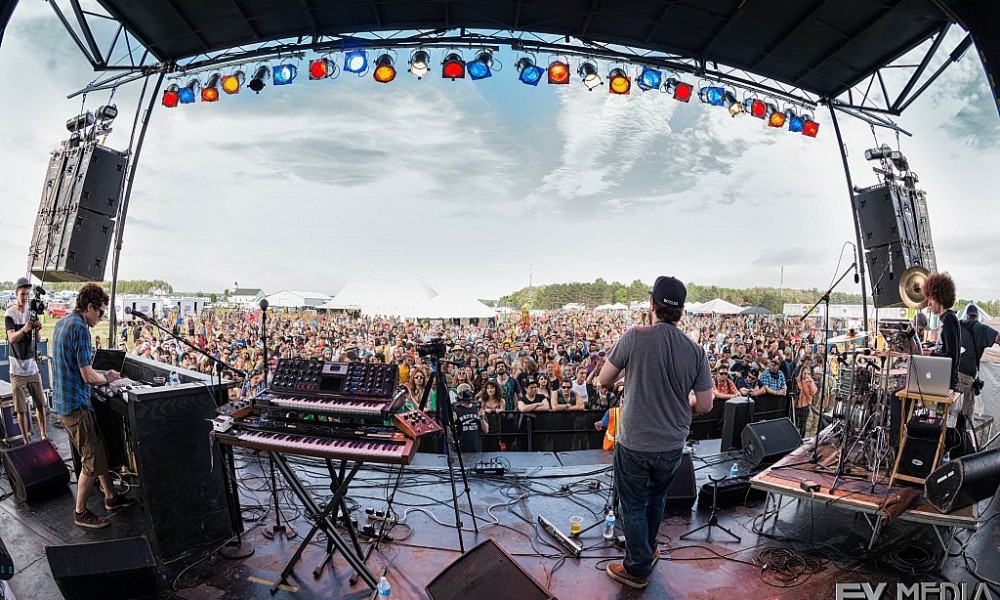 Turbo Suit (formerly Cosby Sweater) has recently launched a summer music series called “Singles Night”, which will feed fans fresh new remixes every two weeks while they hit the festival circuit. The first track is a remix of French Kiwi Juice’s “Instant Need” that is perfect for electronic funk fans. It is available now for free stream and download on the Turbo Suit website.

The second installment in Turbo Suit’s ‘Singles Night’ summer collection is an insanely wavy remix of Lotus‘ track “Bubonic Tonic.” The trio out of Indianapolis can do no wrong as they layer the Lotus original with the electric and soulful sounds of jazz, funk and blues, turning it into a magical musical masterpiece. This is something special you can’t help but vibe with, perfect for a stress free night out on the town and a must have on your playlist in the car for those breezy summer nights.

You can catch the ensemble in a city near you as they begin their summer tour. Don’t miss out on the chance to see these guys live! Be sure to keep your ears open for their next remix set to drop in a couple weeks. For now, though, grab a dancing partner and enjoy the free download from our suited up friends in the Midwest!