EDMbiz Has Revealed First Round Of Speakers & Panels For 2015 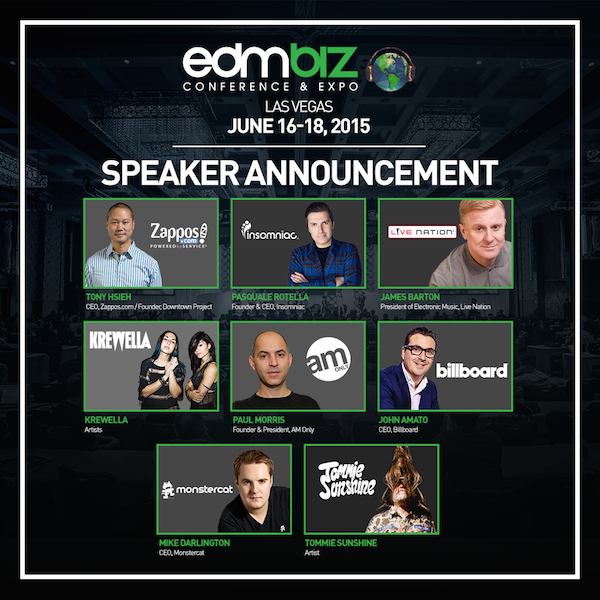 EDMbiz Has Revealed First Round Of Speakers & Panels For 2015

Want to hear what Krewella, 3LAU, and Hook n Sling think about the current and future states of the EDM scene? Well, if your answer is yes, you are going to want to attend this year’s EDMbiz because the lineup of speakers and panels for this year’s event is stacked to the brim. Hosted once again by KCRW Music Director Jason Bentley, EDMbiz 2015 will once again take over The Cosmopolitan in Las Vegas for another thought-provoking conference and expo about all business EDM.

The Insomniac-held event has released the first round of speakers & panels that will take place over June 16-18 – more will be announced closer to the kick-off – and once again, EDMbiz will bring new topics, speakers, and discussions to the table to further the advancement of the dance music scene. From the first-ever Startup contest to a discussion titled “Radioactive: Listening Trends in a Changing Media Landscape,” the industries most successful individuals like Paul Morris – Founder & President of AM Only, Steve Martocci – Co-Founder of Splice, and Tommie Sunshine will bounce off one another to give attendees a sense of what is happening in EDM and where they think it is going.

Outside of the enlightening discussions and panels, EDMbiz also promotes some play time for its attendees as badge holders will be able to attend parties on the Vegas strip featuring Avicii, Carl Cox, Lil John, Nicky Romero, Showtek, and others. To take your EDM career to the next level and take part in EDC Week, head over to the EDMbiz site to secure your badge today. The full list of panels, speakers, and parties can be found below and more are to be announced in the coming weeks.

Keynote sessions and panels for EDMbiz 2015: