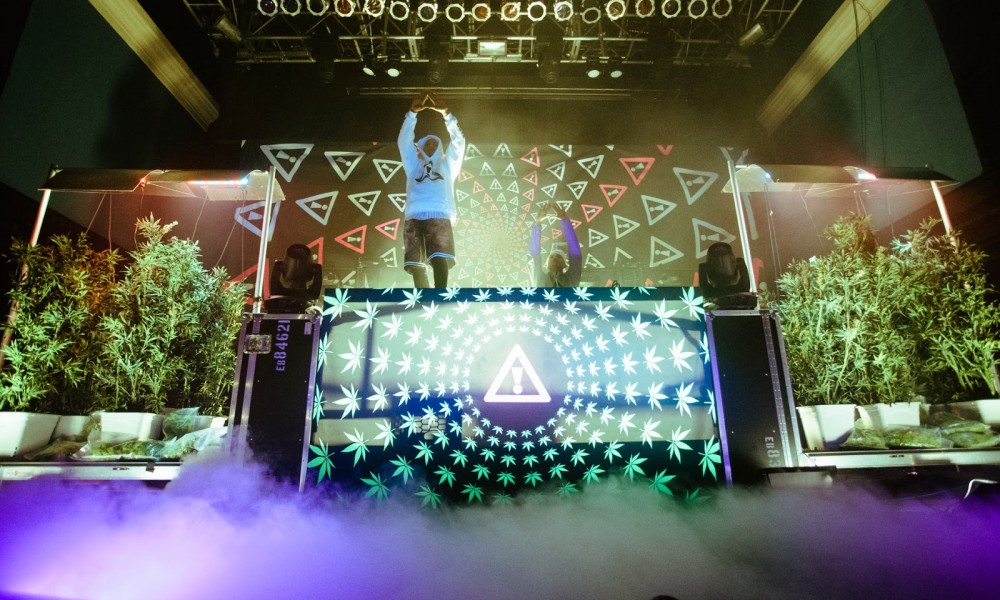 Hip Hop OG and cannabis connoisseur B Real of Cypress Hill has been pushing great content for music news and marijuana advocacy through his various social media channels for years now. From the Dr. Greenthumb show, strain reviews, artist interviews and rolling videos, BRealTV has become a go to spot for everything music and weed related.

One of the most popular series on his Youtube channel is “The Smokebox”, which features BReal and guests toking up in his car while interviewing some of the biggest names in music and cannabis culture. The show has featured people like Wiz Khalifa, Action Bronson + The Alchemist riding in back, Schoolboy Q, Tommy Chong, Doug Benson, Snoop Dogg, Redman, Kottonmouth Kings and this list goes on and on. In his latest episode, B Real has invited some of our favorite chiefers into to kick some knowledge in a hot boxed Cadillac! Flosstradomus shows they know their shit when it comes to weed and music. With a conversation that spans from classic scratch DJs, stage production, therapeutic CBD strains and much more. All you HDYBYZ and HYDYGRLZ get excited for this one!

Floss occupy a rare air of DJ’s that are equally appreciated by the EDM community as well as the hip hop community which affords them the oppurtuinty to exists in both worlds without compromising themselves in any way. Also, the cannabis movement is happy to have them as spokesmen as well because as they explain in this video, they attribute much of their work to the responsible use of cannabis and have used it as one of their feature aesthetics to create the brand they have in the electronic music scene. No one is quite like Flosstradamus.

This is a fun watch and you might learn a thing or two. So roll one up, kick back, and turn those speakers up!