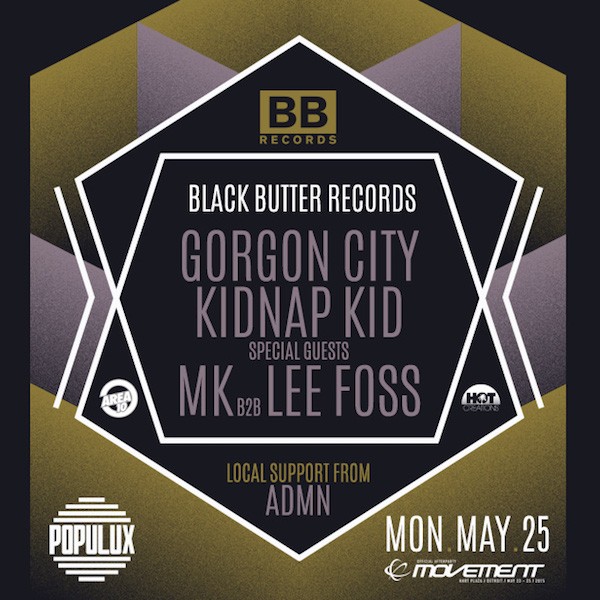 Black Butter Records holds a lineup of Kidnap Kid, Gorgon City, Clean Bandit, Rudimental, and Jessie Andrews just to name a few. They are a UK force to be reckoned with that is careful with choosing who they take on to their premier roster. Just coming off of their massive party in NYC with MATTE to kick off the summer season, Black Butter has announced that their next party will be touching down in Detroit on May 25th with an official Afterparty for Movement Music Festival.

Bringing their top dogs Gorgon City and Kidnap Kid for a stateside appearance, Black Butter Records is looking to keep the music flowing after the festival comes to an end on the Memorial Day Monday. To make this party even sweeter, the UK imprint will be bringing on a special guest appearance by MK and Lee Foss for a memorable back-to-back set.

If you’re headed to Detroit this Memorial Day or if you’re from the Motor City, you will not want to miss this after party so grab your tickets here.