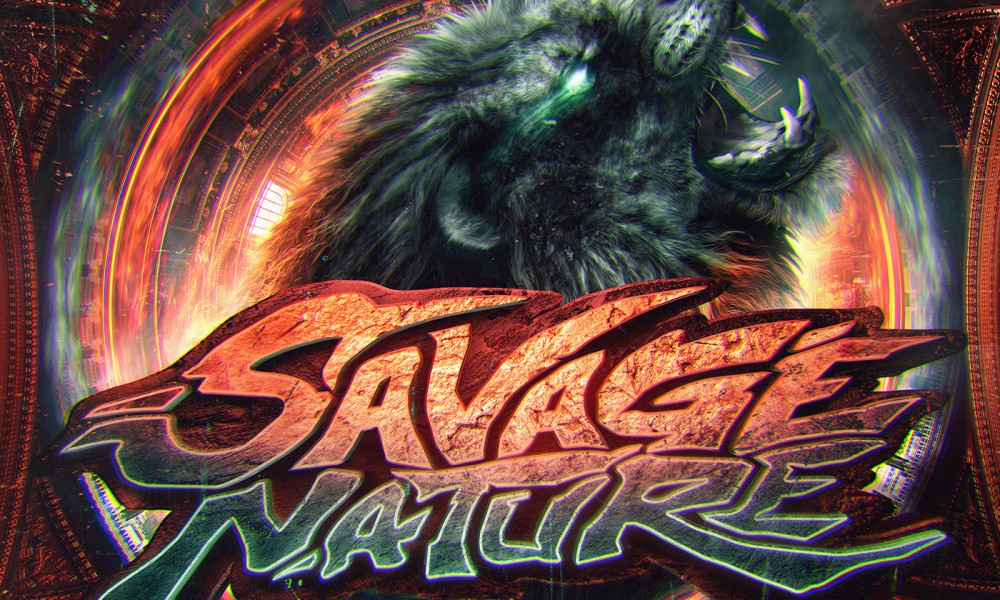 It’s hard to believe there are still people that think Dubstep is dead, well thanks for our friends over at Firepower Records we are constantly reminded Dubstep is alive and well! Our latest premiere is a monstrous, bass-heavy 4-track EP from Obscenity and Eh!de that goes by the name of “Savage Nature”. This is an EP is a true journey through the dark side that can only be described as sinister, and we love every second of it. You have been warned fam, this one’s not for the weak hearted.

Not only do we have the exclusive full stream of the EP, but we even had the opportunity to chat with Obscenity and Eh!de! Check out our in-depth interview below and enjoy!

TSS: You two recently joined forces for “First Blood”, how does it feel to link up once again and deliver this monstrous EP?

Obscenity: I think First Blood was sort of born with the rest of the EP. That time we finished ‘First Blood’, our workflow was so spot on that we actually both knew we were going to make more tracks, hence the name we gave the track – First Blood – as the first impact of many more. I’d also like to mention that Firepower Records made us deliver much more tracks than we initially have planned to, so I’d like to thank them for that!!

EH!DE: ‘First Blood’ was one of our first collaborations, and I really enjoyed working with Obscenity, so it was clear that we just had to make some more.

TSS: What is it working with each other?

Obscenity: Okay this part i really like!!! Saber DOESN’T SPEAK ENGLISH!!!!! I think he uses google translate or something like that half of the time, so the main difference i can really say about our collabs is that once we got into it, bullshit dropped and music talked. Just so you guys know, even during this interview i’m helping him to translate.. Hell i might even understand Spanish these days!! Those things aside, EH!DE is the single most sickest lad i’ve ever got to work with, his skill overall is so impressive i had to basically
reinvent myself after the first track, and take myself to a whole new level to keep up. Seriously, this guy is f**king genious!!!!!

EH!DE: It was fun work with him, I have worked with so many people over the years, but with Obscenity it has been very different to everyone else, we work very attuned.

TSS: Can we look for more collaborations from you two in the future?

Obscenity & EH!DE: We’ll just quote Gorillaz to answer that question – “I’m happy, I’m feelin glad I’ve got sunshineee, in a bag I’m useless, but not for long, the future is coming on…”

TSS: It is clear you two are all about the bass, who are some of your inspirations?

Obscenity: Well if you scroll down threw the comments of the uploads, you cannot miss the ‘Obscenity & EH!DE ghostproduce Eptic’ or ‘Eptic was here’ sort of comments, so i’d like to address that – Eptic is a huge inspiration to Saber & Myself, if you look deep enough you can even find EH!DE remixes to his tunes, and such. Eptic was a huge inspiration to us as his music really is unique, and it literally has it all – sounddesign & catchy melodies that will get stuck in your head for months, So that’s one of the feelings we really tried to capture, keep it interesting for both heavy bass heads, and those who appreciate the more melodic side of it, while putting our own unique twist to it. Apart from that, my personal inspirations are probably guys like ‘Habstrakt’, ‘Point.blank’, ‘Cubism’, ‘Datsik’ and such. Basically the guys who could always cover both the melodic and the hard aspect of dubstep, and the guys who were always able to bring some tears down, even when talking about “hard dance music”. Just so you know, back in my mencave, it’s not all just hardcore bass music, I actually enjoy some jazz and funk, so it’s all about good music rather than the must shaky subbass line.

EH!DE: I’d have to say that my biggest influences have Eptic, Must Die, Zomboy, Skrillex, Dirty Monkey, Point.Blank, and all of the people I’ve worked with.

TSS: Obscenity you’re from Israel and Eh!de you’re from Spain, can you tell us about the bass community in those parts of the world?

Obscenity: As far as Israel goes, i think the scene is not that active as it used to be during the Circus Takeovers. But then again, from the shadows and the men caves,
we have some great artists rising like ‘Tetrix Bass’, ‘Riot’, ‘Martz’ & ‘Sexwhales’, who i’m happy to be teamed up with, anyday!! As far as Spain, since the EH!DE saga started, I’ve got lots and lots of crazy Spanish kids adding me on my personal facebook and such,
so I’d say Me Gusta!

EH!DE: I have to say the same thing, the bass music scene is more off than a few years ago, but as it got quieter and the mainstream-y-ness has slightly faded away, lots of unheard before artists started rising, making some great impact – Different Heaven, Funk4Mation, Dubsidia, just to name a few.

TSS: How would you describe Dubstep to someone who’s never heard it before?

TSS: What do you two have to say to those who thought Dubstep was dead and gone?

Obscenity: I’d probably say that they have never seen the Executioner or the Vortex. I have literally never played a show in which I played D Jahsta’s ‘System’ and had 2000 people yelling System right before the drop hits. People are more aware than ever to what they are listening and what they like, so it’s a great time to be alive!!

EH!DE: If it’s not on MTV anymore, it doesn’t mean the music has died, it just means that it went up a notch!! all commercialism of it faded away, and made room for what really matters!! It’s more alive than ever!!

Obscenity: Wait, are we talking about duckfaces? It’s an impossible fight to win, i’d go with the 100 horses!!

EH!DE: Whichever, Scoobydoo has my back!

Obscenity & EH!DE: We would like to thank Saber, Sharra, Datsik, Firepower Crew & the Squad for making all of this happen, you guys rock!! And of course TSS for this awesome premiere!