Skrillex Makes An Appearance On Jeopardy! 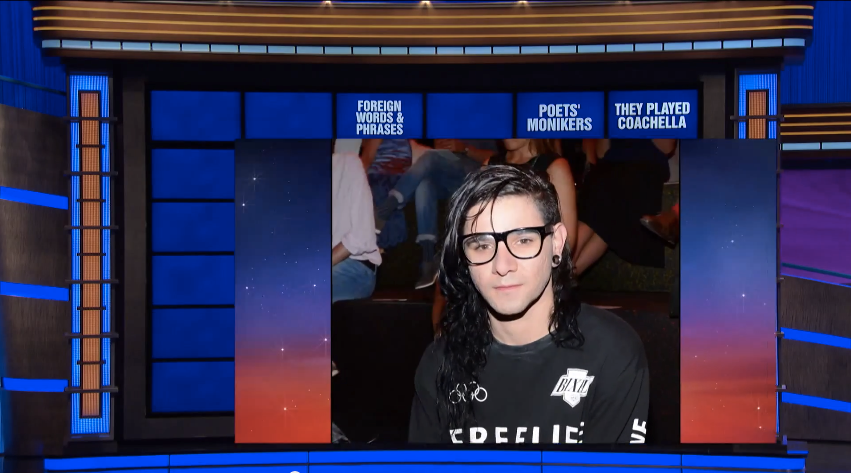 Skrillex Makes An Appearance On Jeopardy!

Skrillex has been popping up all over the media as of late following his continued success with both his solo act and Jack Ü, but one place that I did not expect him to appear was on the classic game show, Jeopardy! Last night on the show during a category called ‘They Played Coachella,’ Skrillex was identified correctly by one of the contestants for the largest amount of $2,000, following The Gorillaz for $1,600. Watch the clip taken from the game show below.