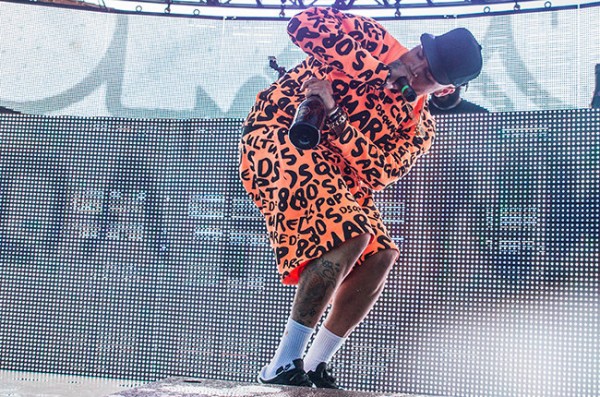 When Deorro brought on Chris Brown to sing on their collaboration “Five More Hours,” they undeniably created one of the biggest crossover tracks of the year. In line with 2015 being the year of guest appearances, it only seemed fitting that the PandaFunk head honcho bring the pop star on stage at his Coachella party last Friday for a guest appearance to sing their single at the Hilton Hotel.

In an audacious orange outfit, Chris Brown uses the music and his party mentality to stir the crowd into complete mayhem, taking the event to a whole other level. If you missed the event, Loudie caught a clip of it on Instagram to increase your dwindling FOMO from the weekend. Check it out below and grab “Five More Hours” over on iTunes.