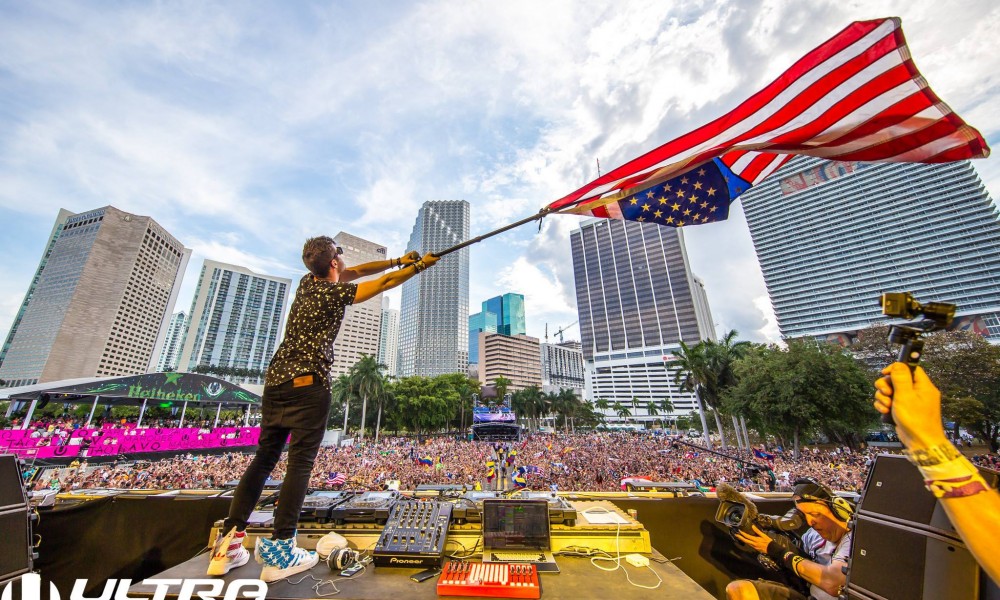 While we all wish we can rewind back to Ultra Miami, at least we have some live sets to relive the unforgettable weekend! Thanks to some to UMFTV and some of our favorite DJs, we are able to re-watch/listen to the biggest sets of the weekend from the comfort of your own home. Sets will continue to pop up throughout the next few days so we will to add to the list as soon as they become available. Check out the sets below and enjoy!

The gods (and Skrillex) have blessed us with the full video recording of Skirllex’ closing set at Ultra this year. If you were living under a rock or too busy to catch it, you’re in luck. This masterful set, equipped with all the bouncy bass you could want, ends with a huge bang. Sonny didn’t tackle this one alone either. Bringing out the likes of Diplo, CL, Kai, Kiesza, P Diddy and yes, Justin Bieber, this was a star studded performance that made main stage history. This is arguably the best performance a main stage crowd has ever seen in Miami and it was all crafted by the king himself. You thought dubstep was dead? Please, think again.

Ultra Music Festival is a time for artists to engage with their fans and flaunt some of the exciting new music that they have been working on over the past few months. The Canadian bass duo known as ZEDS DEAD held nothing back in their hour-long set, teasing an unreleased original at the 10:25 mark, followed by an unreleased collaboration with LOUDPVCK at the 35:40 mark. Stream one of our favorite sets of UMF 2015 so far below.

Alesso, Alesso, Alesso, where do we even begin? Sweden coolest producer/DJ would have torn the roof Ultra if main stage had one. He took the crowd on a progressive journey that included some breathtaking visuals. Alesso even gave us a sneak peek of his next single “If It Wasn´t For You” which can be heard after his monstrous “City Of Dreams vs. Calling”.

No one gives credit to fellow artists and collaborators like Tiësto does. The Dutch DJ/producer gave many of his friends the thrill of being on stage when he played their tracks during his set. Most notably, he revealed KSHMR, a contributor to his latest release, “Secrets” ft. VASSY. Tiësto also brought Martin Garrix onto the main stage for the premiere of the duo’s collaboration, “The Only Way Is Up.” He gave the world another surprise by playing a remix of Major Lazer and DJ Snake’s recent hit, “Lean On” ft. MØ, which he worked on with MOTi. Tiësto’s set wasn’t all about new music, however. He let us reminisce about his “old school” style by incorporating two classics, “Adagio for Strings” and “He’s a Pirate” (Tiësto Radio Edit).

When you are set to play stage, not matter what time of day, you are supposed to bring you’re a game and that is exactly what Fedde Le Grand did. Fedde’s set an explosive array of progressive and electro sounds that had the crowd rocking from start to finish. The Dutch legend even has Julian Perretta take to stage to preform “Tales Of Tomorrow”!

Knife Party have been smashing UMF’s main stage and this year is no exception. They played some tracks off their album Abandon Ship, dropped a new collaboration with Tom Staar entitled The Kraken, and premiered new music. I’m hoping we’ll hear some new VIP versions off Abandon Ship in the near future.

With so many high profile names performing at Ultra this past weekend, let’s not forget about the artists who contribute so much to the music scene but aren’t as well known as some bigger names. Party Favor performed Saturday night on the UMF Radio stage and after listening to his set, he won’t be name to forget. With remixes of “This Is How We Do It” and “Hollaback Girl” thrown in, Party Favor infused his signature twerk style with trap for an hour set that kept the crowd energized and dancing the night away.

To close out the second day of Ultra on the main stage was none other than Axwell ^ Ingrosso. If you aren’t familiar with the act, its made up of two out of the three members from Swedish House Mafia, Axwell and Sebastian Ingrosso. As the crowd was ready to close out the second night with an impressive set from Hardwell prior to their slot, Axwell ^ Ingrosso did not disappoint one bit and took us on a great musical journey. The set includes plenty of new music as well as some classics thrown in that made brought us back to the start. This is a must listen that will have you screaming for more.

Dirty South held nothing back when he took the helm of the Ultra Worldwide stage. Opening his set with his intro edit of “Unbreakable” which hit the crowd with a heavy dose of feels then proceeded to drop bombs! Dragan’s set was extremely balanced and even included an ID he had been working on a few days prior that can only be described as euphoric. Dirty South didn’t disappoint and we our very thankful that this set was recorded.

Ahh the set that will go down as the “RIP Dillon’s Phone Number” set. Everyone and their grandmother knows by now that Snakey brought out his pal Dillon for a few tracks and all the while had his number plastered on every screen the main stage had. Besides all that, Snake threw down one of the heaviest sets the stage had seen all weekend. Showcasing the Parisian’s talents as one of the best mixers with a tasteful musical palette.

Although Eric Prydz played a mesmerizing set, Armin van Buuren demolished the ASOT stage. Last year he played as Gaia, but this year he decided not to don his other persona. It was also fantastic to know that Armin played a different (and better) set than his main stage set. He started things off with some techno; building his way up until we got into the higher BPM and uplifting tunes. If you’re not afraid of 138, I highly suggest checking this set out.

Martin Garrix’s highly anticipated set showcased a brilliant combination of originals, mashups and even a few premieres. Nearly crashing the live stream when Usher appeared on stage to perform the duo’s new hit single, “Don’t Look Down,” Garrix’s set was packed with energy and surprises. The young Dutch phenomenon was able to keep the crowd on its toes by premiering brand new music, including a track with Ed Sheeran – “Rewind Repeat It” and a collaboration with Avicii, “Waiting for Love” featuring John Legend. Martin Garrix’s set proved why he’s become a top DJ in the world, and it looks like he has plenty more in store for 2015.

The thing you need to most about this set is that you’re going to walk away from it not knowing what just happened. ID’s on ID’s on ID’s and that’s just how Prydz does Miami. It’s going to be another huge year from him and he set the bar high right out of the gate.

If you like remixes, reworks and mashups, Dash Berlin’s set was one for the ages. The set consisted of zero original mixes. Seriously, the Dutch trio even remixed their own songs for their performance on the main stage (performed by front man Jeffrey Sutorius). The mixed, chopped and screwed compilation of house and trance, complemented by some recognizable lyrics, was impressive nonetheless. One of the most notable tracks on Dash Berlin’s set was their rework of Martin Garrix’ new hit “Don’t Look Down” ft. Usher. Listen on SoundCloud or watch below.

On Saturday, the Seafox Nation stormed the UMF world stage to catch one of the best duos in dance music right now, Galantis. Setting up an amazing atmosphere, the two dropped some of their favorite tracks, the originals we love them for and a fresh new remix of “Gold Dust” by Hook N Sling that was absolutely perfect. The crowd was off their feet singing along the entire time as these two proved that next year the main stage was bound to be theirs.

Ultra’s first day was packed with so many big names, it was hard to see straight when looking at the line-up. One name always stands out though, the dynamic duo of Matt Toth and Julio Mejia, better known as GTA!
The EDM Batman and Robin packed more hits into the 13 mins of their set that was streamed live than most artist’s fit into an entire hour. “Death to Genres” is what they preach and they delivered a powerful sermon on Friday!

Willem & Ward or shall I say W&W crushed the main stage with an arsenal of new music. Not only was their set filled with our favorite W&W originals and remixes, but they dropped a few their newest collaborations with the likes of MOTi, Steve Aoki and Armin van Buuren! They even gave us a taste of Headhunterz latest ID that can only be described as MASSIVE!

If you like your sets to include a plethora of hits with familiar lyrics, along with innovative and well worked mash ups, and a couple of new tracks worked into the mix, then Andrew Rayel hits the spot perfectly. The rising trance star began the set with his unreleased song called Daylight feat. Jonny Rose, after which he proceeded to go backwards in time by playing mash ups which included classics such as Reload by Sebastian Ingrosso and Tommy Trash, Under Control by Alesso and Calvin Harris, and Sun & Moon by Above & Beyond. This set was a total crowd pleaser, filled with acapellas everyone could sing along to, as well as lots of high energy trance and house that is typical of Andrew Rayel. The most notable song of the set had to be Andrew Rayel’s rework of Till the Sky Falls Down by Dash Berlin, as it sums up what this set was all about.