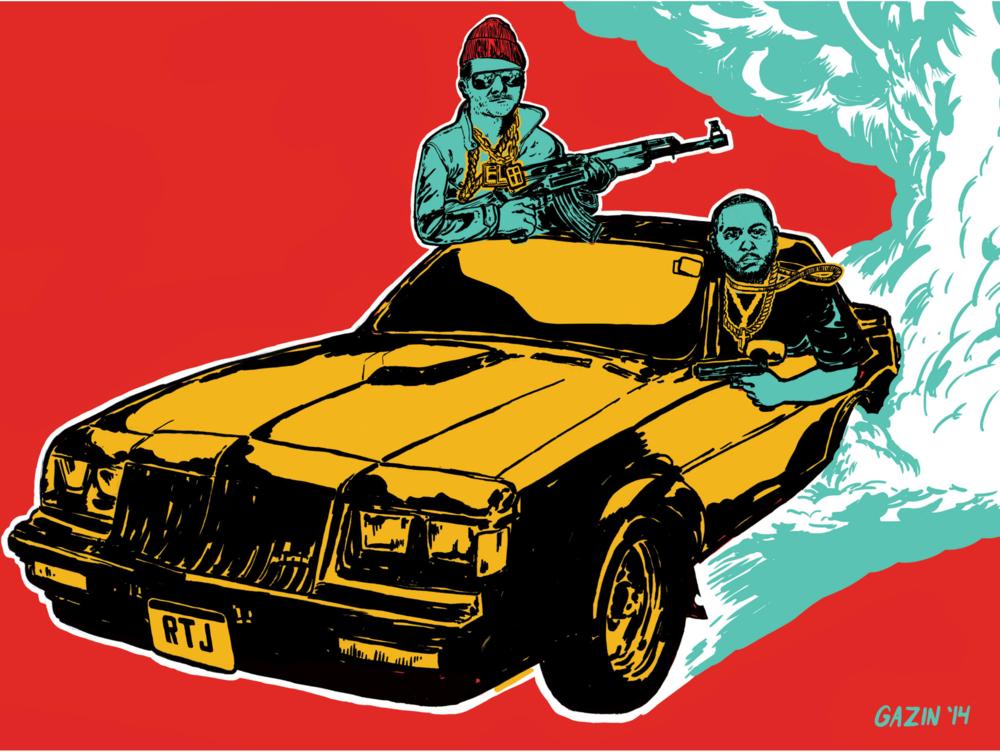 Hip Hop super group Run The Jewels (Killer Mike and El-P) have been on a major run of success since the release of they’re sophomore project “Run The Jewels 2” that has gained praise from everyone from the underground to the mainstream. Known for their unapologetic political ideologies, RTJ has quickly become a major voice in the counter culture movement and they’ve done it by virtue of their creativity and conviction to their work. One stand out track for the record was one featuring Rage Against The Machine frontman Zack De La Rocha on the powerful song “Close Your Eyes (And Count To Fuck)”. This track is an uncomprimising attack on the powers that be that’s highlighted by ferocious bars and grimey experimental beat. Getting a verse from De La is no small feat because his work on the album has been one of the few musical ventures he’s taken part in since Rage Against The Machine split up. So to see him on the record was enough to get fans hyped and what it gave us was everything we wanted (and needed).

Now, they’ve brought this track to life with a moving new video. It only features RTJ and ZDLR in the opening shots, then it turns into a long, hard fought battle between a black man on the run and a very angry cop. This video seems to be calling attention to the friction that has been building in America since the shooting of Mike Brown in streets of Ferguson and Eric Gardner being choked to death in Staten Island. The issue of police brutality has become one of the most decade defining, and possibly generation defining movements in recent history. It has raised alot of questions and outrage about our police forces and how they interact with the people they are sworn to protect. Also, calling to attention the systematic racism that might be the underlying problem in all this.

I won’t try to break down the video for you here, I think this is a video you have to decipher for yourself. I think that’s made very obvious that all comments on the video have been turned off. But in the description, El-P states, “This is a vision of a seemingly never-ending struggle whose participants are pitted against each other by forces originating outside of themselves.” And Killer Mike is quoted saying, “This video represents the futile and exhausting existence of a purgatory-like law enforcement system. There is no neat solution at the end because there is no neat solution in the real world. However, there is an opportunity to dialogue and change the way communities are policed in this country. Salutes to AG Rojas for his unique take on the subject matter and to Shea and Keith for giving us their all and bringing it to life.”

Please give the video a watch and tell us what you think. Turn Up Those Speaker and Rage On My People.

Future Drops A 10 Track Mixtape In Homage To His DJ Being Released From A Dubai Prison
Old and Gold 006: Black Star