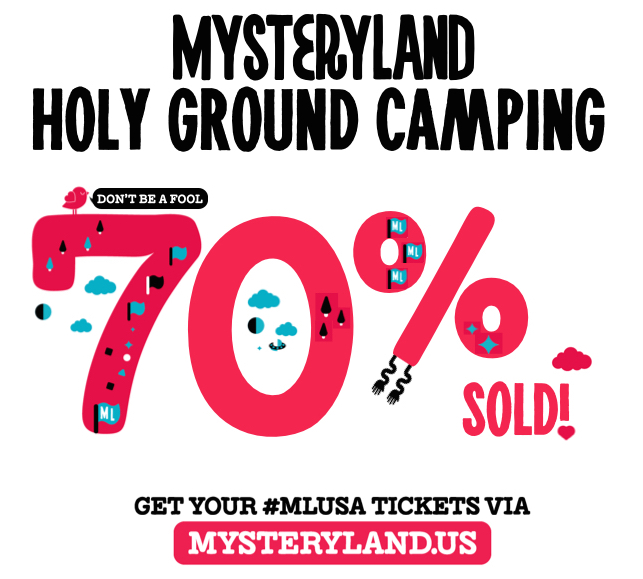 While New York has been getting slammed with snow and frigid temperatures recently, all we can think about is returning to the Holy Grounds of Mysteryland USA. We’re only 98 days away, but who’s counting. As the second edition of Mysteryland USA slowly approaches, Holy Ground spots are selling like hot cakes. Just like the festival itself, the magical Holy Grounds has also received a makeover! The campsite is already 70% sold out so act now before it’s too late! If your on the fence about joining the Holy Grounds, check out this year’s camping highlights listed below so help you make that final decision.